The number of mutations in a tumor’s genome may predict how well a patient will benefit from treatment with immune checkpoint inhibitors, drugs that take the brakes off the immune system, according to a largescale study published yesterday (January 14) in Nature Genetics. Although previous research has already indicated that higher tumor mutational burden (TMB) is tied to better treatment outcomes, the current work, which includes data from more than 1,600 patients across multiple cancer types, provides some of the strongest and most detailed evidence for the link yet.

Checkpoint inhibitor drugs work by blocking protein receptors that regulate the activity of T cells and other immune system components, thus boosting these cells’ antitumor activity. Bristol-Myers Squibb’s nivolumab (Opdivo) and Merck’s pembrolizumab (Keytruda) have made progress in clinical trials of late, with the latter therapy receiving regulatory approval from the US Food and Drug Administration in 2018.

Variation in patients’ responses to these drugs has led researchers to search for ways to predict who will benefit from which intervention. “Given the potential toxicities of immunotherapy and the highly variable response to [immune checkpoint inhibitors], as well as the significant economic cost of these agents, there is an urgent need for biomarkers that can predict immunotherapy response,” the researchers write in their paper.

In the current study, a team of scientists led by Luc Morris of Memorial Sloan Kettering Cancer Center in New York City analyzed clinical information and DNA sequence data from 1,662 patients with advanced cancer who had been treated with checkpoint inhibitors. They found that, in general, people with a higher TMB responded better to the drugs than those with a lower mutational burden, although the relationship varied substantially across tumors. In glioma, for example, patients with a higher TMB didn’t show any advantage over those with a lower TMB.

It’s not yet clear why more tumor mutations are linked with improved treatment outcomes. One popular theory is that a higher TMB makes a tumor cell appear more different from a normal cell by creating an abundance of abnormal proteins, which the immune system then recognizes and reads as a signal to destroy the tumor.

Whatever the explanation, Morris notes that using TMB as a biomarker could help clinicians predict the outcome of checkpoint inhibitor therapies. “Only in lung cancer is TMB being used in a clinical trial,” he tells Forbes. “Hopefully this data will give us permission to include it in future clinical trials on other cancer types.”

However, he adds that TMB is just “one biomarker for response, but a number of other factors are important. I would not suggest you take the data from this paper and apply it to a patient in the clinic.” 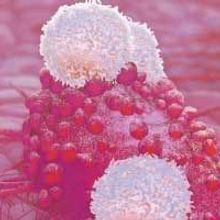 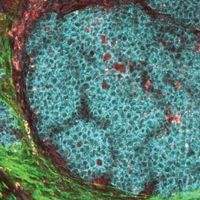