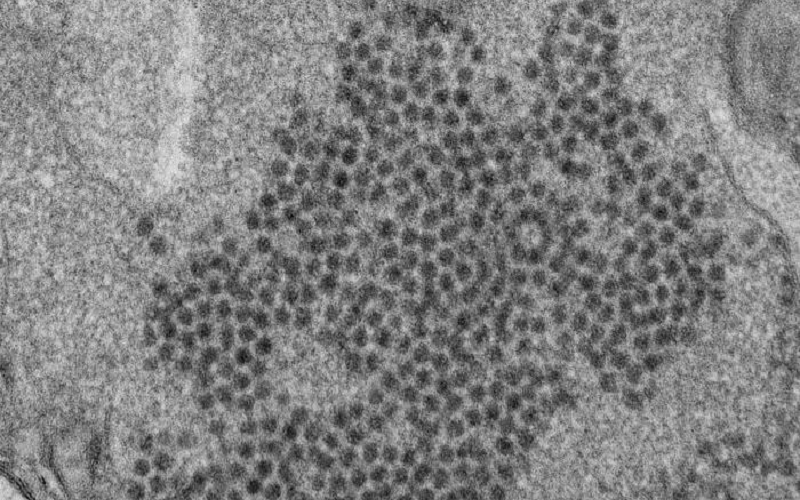 A team of researchers has published evidence that an enterovirus is to blame for a mysterious neurologic illness that has paralyzed nearly 600 children in the US in the last few years. The study, described in June in bioRxiv and yesterday (October 21) in Nature Medicine, found that nearly 70 percent of children with acute flaccid myelitis (AFM) have enterovirus-specific antibodies in their spinal fluid, compared to just 7 percent without the disease.

“The strength of this study is not just what was found, but also what was not found,” study coauthor Joe DeRisi of the University of California, San Francisco, who is co-president of the Chan Zuckerberg Biohub says in a statement. “Enterovirus antibodies were the only ones enriched in AFM patients. No other viral family showed elevated antibody levels.”

AFM was first identified in 2012, and, while still rare, has been on the rise among US children in the last few years, albeit in a cycling pattern that sees a spike in cases every two years. The disease attacks gray matter in a child’s spinal cord, eventually resulting in long-term disability and earning the condition comparisons to polio, which is itself caused by an enterovirus.

While previous studies have pointed to a role for enteroviruses—particularly strains EV-D68 and EV-A71—in the pathology of AFM, doctors haven’t always been able to identify these viruses in the spinal fluid. So the researchers developed a tool to scan patients’ spinal fluid for antibodies for hundreds of different viruses, including enteroviruses, herpes, Zika, and measles, to identify which viruses were or had recently been present, and which had not.

They found that more than two-thirds of 42 children with AFM harbored antibodies against enterovirus (but not against other types of virus), compared to just one-tenth of 58 children without the disease. The result is supported by similar findings from another, smaller study of enterovirus antibodies published in mBio in August.

“I think it’s time to stop debating” whether enteroviruses cause AFM, Raina MacIntyre, an epidemiologist at the University of New South Wales in Sydney who was not involved in the work, tells Science. “This is very strong evidence.”

The findings could help researchers begin to develop a vaccine for AFM, but questions remain about exactly how the condition and enteroviruses are linked. Enterovirus infections are common, and it’s not clear why only some infected children go on to develop AFM, nor why the disease is becoming more prevalent.