ABOVE: Females of the globally invasive (right) and African (left) subspecies of the mosquito Aedes aegypti
GREG MURRAY, LOUIS LAMBRECHTS

According to the World Health Organization, Zika virus was first isolated from an infected monkey in Uganda in 1947, but there have only been sporadic cases across the African continent since. In contrast, thousands of people in the Americas and Asia were infected in multiple outbreaks since 2007. During the worst, in 2016, the virus spread to more than 60 countries and was implicated in some 5,000 cases of microcephaly—a severe birth defect in which a baby’s head is much smaller than expected.

The authors of a study published today (November 19) in Science offer a possible explanation for the devastation Zika has caused outside of African countries. They show that the subspecies of the mosquito vector, Aedes aegypti, that lives in close proximity with people in the tropical urban areas of Asia and the Americas is more likely to both contract and transmit the Zika virus than the subspecies more prevalent in Africa.

“It’s the first really convincing demonstration that these populations differ in their susceptibility to human disease-causing virus,” says Jeffrey Powell, a mosquito geneticist at Yale University who was not involved in the study.

Aedes aegypti formosus (Aaf) lives in both forests and urban settings in sub-Saharan Africa and takes blood meals from a variety of vertebrates, including people. Aedes aegypti aegypti (Aaa), which is thought to have evolved from a shared ancestor, preferentially bites and lives alongside people—often in urban settings where females lay eggs in containers, such as buckets and old tires. Comparisons have shown that the two subspecies can be distinguished based on their genomes and can interbreed.

Aaa is present in some coastal African countries, but invaded other parts of the world starting in the 1500s when international trade flourished. Nowadays, the subspecies lives on every continent but Antarctica and is the primary vector for the viruses that cause dengue, yellow fever, and Zika, which can cause rashes, muscle pain, mild fever, and, in severe cases, microcephaly and other problems in developing fetuses.

Louis Lambrechts, who studies mosquitoes and their interactions with viruses at the Institut Pasteur in Paris, and his team started to focus on Zika virus several years ago. They were interested in why Zika virus is not a problem to the same extent everywhere in the world and whether or not Aaa mosquito evolution affected its ability to transmit viruses. While it was clear that this subspecies had adapted to live with humans, he says, it wasn’t known if “this adaptation to the domestic environment was accompanied by a change in its intrinsic ability to acquire the virus.”

The researchers fed each of eight groups of mosquitoes originally collected from Africa, the Americas, and Asia blood meals spiked with one of six strains of Zika virus. They determined the mosquitoes gathered from the Americas and Asia required a lower viral titer to become infected than did the insects from Africa. Then, they measured the susceptibility of eight mosquito populations collected from across Africa to two Zika virus strains. The insects from coastal Senegal, where the Aaa and Aaf subspecies are likely to mix, needed the lowest dose of virus in an artificial blood meal to become infected.

The authors also showed that the Aaa subspecies was more susceptible than the African subspecies to a Zika infection after feeding on an infected animal—in this case, a mouse. Aaa mosquitoes were also more likely than their counterparts to have live virus in their saliva after infection, meaning that Aaa is not only more susceptible to virus infection, but also prone to subsequently transmit the Zika virus when feeding on a person.

Finally, Lambrechts and colleagues crossed African and non-African mosquitoes and showed that a gene or genes located on the second mosquito chromosome are likely to contribute to the difference in Zika susceptibility between the two strains.

The authors make a robust link between the mosquito “domestication process and . . . what that allowed, in terms of the emergence and then subsequent pandemic spread of Zika virus across the Americas,” says Moritz Kraemer, an infectious disease researcher at the University of Oxford who was not involved in the work. “They’re answering some of these questions as to why transmission is much higher in the Americas and in parts of Asia than it is in many parts of Africa.”

“There may be other explanations,” Lambrechts says, but the differences in susceptibility between these two subspecies may contribute to the lack of major outbreaks in Africa.

Another possibility to consider, though not a mutually exclusive hypothesis, says Powell, is that genetic changes in the virus allowed it to specialize and become more infective in the populations of mosquitoes outside of Africa. “These viruses are RNA-based viruses. They have very high mutation rates, and they have very short generation times, so they can adapt very rapidly,” he adds. “Between the mosquito and the virus, the virus has the advantage of being able to evolve much faster.”

The authors accounted for the possible influence of viral genetic variation by considering a panel of seven Zika virus strains, says Lambrechts. “The African mosquitoes were less susceptible to Zika virus infection than the non-African ones regardless of the virus strain. Thus, our conclusions about the differential Zika virus susceptibility of Aedes aegypti subspecies transcend the genetic diversity of viruses.”

That said, he acknowledges that there could be a contribution from both the mosquito diversity and the virus diversity side. His group recently showed in a preprint that there is natural variation in transmissibility and pathogenicity between Zika virus strains from different places. 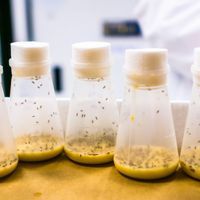 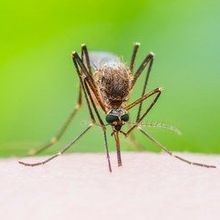 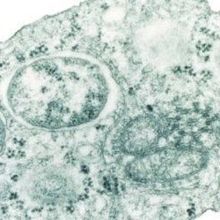 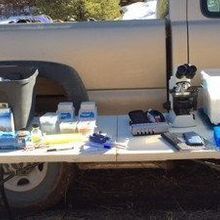