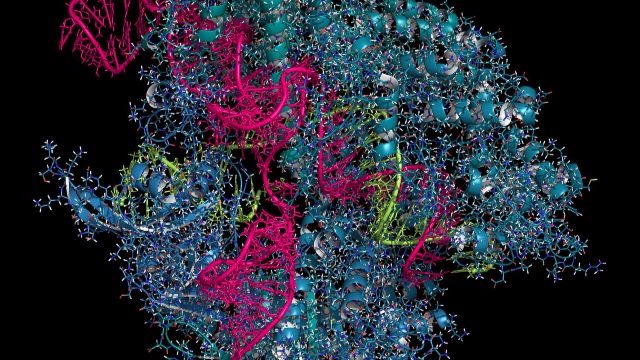 ISTOCK, MOLEKUULTo minimize the off-target effects of CRISPR-based genome editing, researchers have designed a version of Cas9, the enzyme that cuts DNA, that avoids mistakes with unprecedented precision. Mutating one piece of the nuclease, called REC3, reduced off-target effects to below that of other high-fidelity Cas9 enzymes.

“If you mutate certain amino acid residues in REC3, you can tweak the balance between Cas9 on-target activity and improved specificity,” coauthor Janice Chen, a graduate student in Jennifer Doudna’s lab at the University of California, Berkeley, says in a press release. “We were able to find the sweet spot where there is sufficient activity at the intended target but also a large reduction in off-target events,”

Chen and her colleagues had set out to understand why certain variants of Cas9—namely, eSpCas9(1.1) and SpCas9-HF1—are more specific to their target sequences and make fewer off-target cuts than the natural version. That’s when...

When they tested this new HypaCas9 on six target sites, the researchers found that at two sites the nuclease made no mistakes, at three sites it made one error, and for one site it hit 18 unintended loci. In comparison, wild-type Cas9 only had a perfect score once, and otherwise tallied between eight and 134 off-target effects, depending on the intended site. The two more-specific Cas9 variants performed just as well as HypaCas9 for five sites, but had a few additional errors at the sixth.

“We have found that even minor alterations in the REC3 domain of Cas9 affect the differential between on- and off-target editing, which suggests that this domain is an obvious candidate for in-depth mutagenesis to improve targeting specificity,” Chen says in the release. “As an extension of this work, one could perform a more unbiased mutagenesis within REC3 than the targeted mutations we have made.”