ABOVE: Scans of the brains of mice show a reduction in dopamine (colored areas) in the striatum of the Parkinson’s disease model that was injected with pathogenic α-synuclein (right; control mouse on left).
TED DAWSON ET AL. / NEURON, 2019

In 2003, Heiko Braak, then a neuroanatomist at the University of Frankfurt, suggested that Parkinson’s disease pathology may start in the gut and travel from there to the brain long before a patient shows symptoms. The idea, based on postmortem analyses of samples from parkinson’s patients, has been hotly debated ever since.

In a study published today (June 26) in Neuron, Ted Dawson, a neurologist at Johns Hopkins School of Medicine, and his team created an animal model of the disease by injecting particular proteins into the stomachs of mice. About a month later, the animals showed symptoms of Parkinson’s disease. The model not only demonstrates how the disease protein can travel up from the gut to the brain, but also presents nonmotor symptoms rarely seen in other animal models.

The Scientist spoke with Dawson about the work. 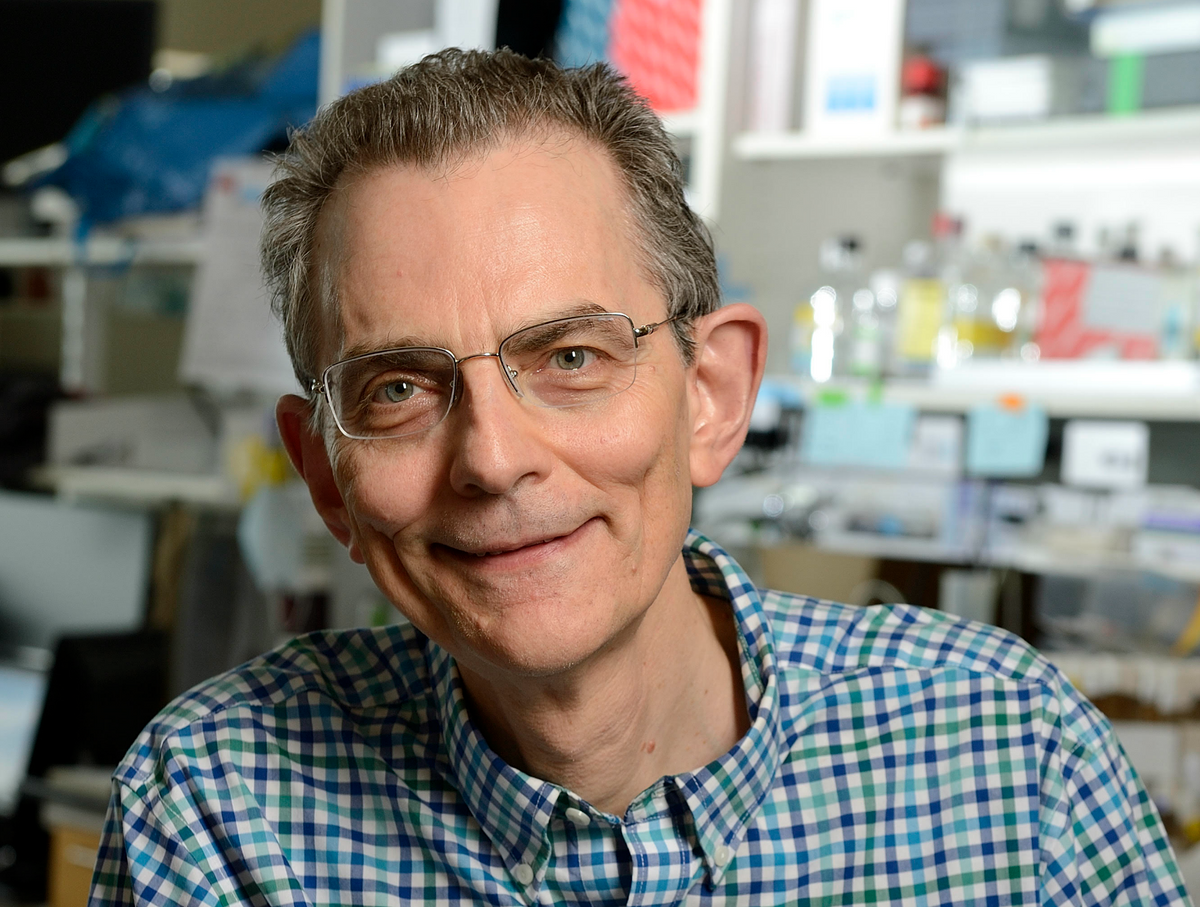 The Scientist: Why did you develop this model?

Ted Dawson: Well, there is this idea that was building that was started by Dr. Braak that Parkinson’s disease could start in the gastrointestinal tract, and there was good human data that suggested that possibility. What was lacking was an animal model that could validate that hypothesis. [The model] validates [the hypothesis] by providing evidence that it’s possible that Parkinson’s disease could start in the gut.

There’s been this very detailed study by Dr. Braak and later by other pathologists that the pathologic alpha-synuclein seemed to progress from the gut up the neuroaxis into the brain, and what our work shows is that this is possible.

TD: We took pathologic alpha-synuclein, . . . and then we injected those preformed fibrils into the pylorus [an area of the stomach close to the small intestine] into one of the mice near where the vagal nerve innervates those regions. Over time, the animals developed Parkinson’s disease.

TS: What is the importance of the vagus nerve in the pathologic process?

TS: What else makes this model unique?

TD: One of the other things that we think is really exciting about this model is that not only do the mice have the motor features of Parkinson’s disease, they also have the nonmotor features. They’ve got cognitive dysfunction, anxiety, depression, problems with smell. And so we now have an animal model to study those problems. We hope that it opens up a whole new set of investigations using those animal models.

This model shows that it’s possible for synuclein to ascend from the stomach via the vagal nerve to the brain. What we don’t know in humans with Parkinson’s disease is how that process starts. That would be the next step, to figure out how it actually starts in humans.