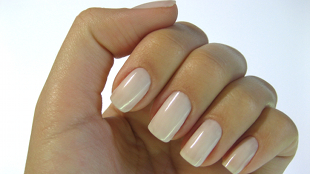 Humans, like mice, can regenerate fingertips--especially as children.STOCK.XCHNG, JUZARAStem cells at the base of finger and toenails act as coordinating centers to orchestrate communication between the nail, bone, and nerve tissues necessary to promote mouse fingertip regeneration after amputation, according to new research published today (June 13) in Nature. Researchers found that nail stem cells use a signaling pathway important for embryonic limb development to help nerves and new nail and bone cells coordinate signaling during tissue regeneration, providing insight that may enable future stem cell therapies.

Unlike some amphibians, which can regrow entire limbs into adulthood, mammals have limited powers of regeneration. But mice and humans can regenerate fingertips to a limited extent—a phenomenon linked to the fact that nails, like hair and skin, are self-renewing tissues. “Very little was known about how nail epithelium cells are regulated,” explained Mayumi Ito, a stem cell biologist at New York University (NYU) who led the current study. “We knew they keep growing, but don’t know much about how it happens.”

Loss of ß-catenin in nail stem cells also prevented nerves from growing toward the wound site—a process known to be critical to successful amphibian limb regeneration. The nerves in turn prompted the mice’s nail epithelia to secrete fibroblast growth factor (FGF), a protein that prompted the differentiation and proliferation of bone-forming cells during digit regeneration. Without signals from the nail stem cells, the interactions between nail and bone tissues failed to occur.

However, when the researchers amputated mouse digits beyond the stem cell site—but activated ß-catenin signaling—the nails still could not regenerate even though bone-forming cells were induced, suggesting that the nail stem cells secrete other factors that spur the regeneration process.

“The work really highlights that mammals don’t completely lack the ability to regenerate—it’s just that the correct developmental signaling is not turned on,” said James Monaghan, a regeneration biologist at Northeastern University who was not involved with the study. “It shows for first time how similar mammalian digit regeneration is to amphibian limb regeneration.”

Though the work provides insights into mammalian regeneration, “it is still too early to know if it will be possible to regenerate limbs severed from other spots,” noted Elly Tanaka, a regeneration biologist at the Center for Regenerative Therapies Dresden who was not involved in the research, in an email to The Scientist.

Regeneration research “is getting into a new kind of era,” said Simon, predicting that the ability to move from amphibian limb regeneration to “engineer a mammalian model system is very, very much in reach.”