ABOVE:  Sunrise at the Tongariki site on Rapa Nui
ANDRES MORÉNO ESTRADA

The Polynesian islands that span the southern part of the Pacific Ocean—the eastern most of which is Rapa Nui, or Easter Island—were initially settled by a wave of migration from Asia. It’s been less certain, though, when and whether ancient Native Americans and Polynesian islanders made contact. Architectural similarities between Polynesian and Native American ceremonial sites, agricultural clues—for instance, the presence on the islands of the sweet potato, which is endemic to the Americas—and some genomic data have indicated that Native Americans and Polynesians met before Europeans came on the scene. But a 2017 analysis of ancient remains from five Rapanui individuals found no genetic evidence of Native American ancestry.

In a study published today (July 8) in Nature, researchers analyzed the genomes of more than 800 people currently living in the islands and determined that there was likely a single contact between Native Americans and Polynesians around 1200 CE. Europeans had not arrived until 500 years later.

“It always made sense that this kind of contact might have happened, but demonstrating that it did happen is a different kind of thing,” says John Hawks, an anthropologist at the University of Wisconsin-Madison, who did not participate in the study. With the addition of this genomic analysis, “we’re getting to the point where we can find evidence of some kinds of events that were invisible from an archaeological standpoint, and that’s exciting because it means that we now open another window into understanding human interactions and human contacts,” he adds.

Andrés Moreno Estrada, a geneticist at the Center for Research and Advanced Studies of the National Polytechnic Institute in Mexico, and his group specialize in the study of the evolution and diversity of underrepresented populations from Latin America and around the world. He says he aims to democratize the health benefits that could arise from genomic research. He teamed up with a group of international colleagues to try to answer the longstanding question of when the first interactions between Native Americans and Polynesians happened.

There’s precedent for researchers visiting indigenous groups just to get genetic samples and not fully engaging local communities or passing along knowledge that could lead to health benefits after a project is completed, Moreno Estrada says. “It’s an important principle of equity to try to get people on board from underrepresented regions, but we have to do it in the right way,” he adds, so the researchers worked closely with local indigenous leaders to invite Polynesian and Native American community members into the project.

“There is something to be said about the careful manner in which the authors approach the idea of more data from the region by rightly identifying this as a collaborative effort with the populations,” write Maanasa Raghavan, a geneticist at the University of Chicago, and Constanza de la Fuente, a postdoc in Raghavan’s lab, in an email to The Scientist. Neither researcher participated in the new study.

Moreno Estrada and colleagues analyzed the genomes of 807 individuals from 15 Native American populations along the Pacific coast of Central and South America and 17 island groups. They found evidence of recent admixture between Polynesian and Native American populations, especially in individuals from Rapa Nui, at least some of which could be explained by Chile’s annexation of the island in 1888. Some of the older islanders—likely descended from people born before interactions with Europeans were as widespread as they are now—across five different islands, including Rapa Nui, didn’t have a genetic signature of European ancestry, but did show evidence of Native American ancestry. In this small cluster of individuals, the majority of their genomes was Polynesian and about 5–10 percent was most closely related to the genomes of indigenous individuals living in present-day Colombia.

The researchers wanted to know when this contact happened, so they used genetic distances to estimate that it likely occurred between 20 and 24 generations back, or about 800 years ago. They hypothesize that Native Americans likely left Colombia, Ecuador, or Peru on a raft that was carried by ocean currents more than 4,500 miles to a Polynesian island such as South Marquesas, where the Native Americans had children with the islanders. Their descendants could have then passed the genetic evidence of this single contact to other islands as early Polynesians moved between them, Moreno Estrada tells The Scientist.

“It’s exciting to see that . . . when they analyze [genetic] data from more islands and also from Rapa Nui, what they found is very much in line with what we found,” says Anna-Sapfo Malaspinas, a geneticist at the University of Lausanne who did not participate in the study. In 2014, she and her colleagues published a study indicating that contact between Native Americans and inhabitants of Rapa Nui predates European contact.

Pontus Skoglund, a geneticist at the Francis Crick Institute and coauthor of the 2017 study that analyzed ancient remains from Rapa Nui and found no evidence of Native American ancestry, says the hypothesis that Native Americans arrived in more northern Polynesian islands first and then later moved to Rapa Nui—more than 2,000 miles away—could help explain the discrepancy. Finding more ancient DNA—either from a person of 100 percent Native American ancestry in Polynesia or someone who has 50 percent ancestry from each of the places—could help researchers understand these human migrations more directly, he adds.

Seeking more sources of “ancient DNA should be one of the next chapters of this story,” agrees Malaspinas, as it tends to be less blurred by recent population movement and could therefore help pinpoint exactly where the Native American ancestors came from.

“It would be interesting to see whether this result can be refined further as more data from South America, particularly closer to the identified source region Colombia, becomes available,” write Raghavan and de la Fuente. “The question of gene flow in the other direction has also been heavily debated. Perhaps, more focused investigations of Polynesian ancestry in South America, particularly along the coast, may aid in a better understanding of the nature of the contact and how many times contact occurred.” 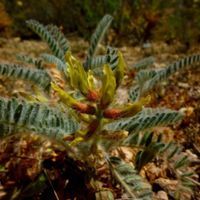