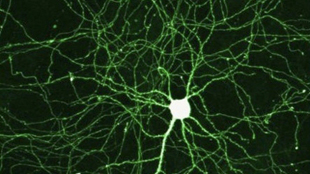 Researchers have identified a nerve growth factor that regulates synaptic plasticity and appears to have antidepressant effects. In new research, published today (June 25) in Proceedings of the National Academy of Sciences, scientists show that neuritin, which increases synaptic connections in the hippocampus, can alleviate stress-induced depressive symptoms. The findings give insight into the molecular mechanisms underlying depression, as well as identifying a possible target for therapeutics.

“The work does a really good job of convincing me that neuritin is involved in depression,” said Scott Russo, who studies the brain’s response to stress at Mount Sinai Medical School in New York, and was not involved in the research. “[Neuritin] has the potential to both prevent and correct depression.”

Previous work has shown that stress and depression can lead to atrophy of neurons in brains areas important for regulating mood and emotion, such as the hippocampus,...

In order to investigate neuritin’s possible role in the development of depression, the scientists subjected mice to chronic unpredictable stress, which can lead to depressive behaviors, such as loss of interest in pleasant experiences. For 35 days, mice were exposed to a variety of stressors, such as spending the night in an over-crowded cage, an hour of cold, or almost 20 minutes of swimming. During this period, neuritin mRNA levels dropped, unless the mice were given the anti-depressant fluoxetine, suggesting that neuritin might be involved in stress-dependent mood effects and the antidepressant’s actions.

The researchers also treated the brains of mice with an adeno-associated virus that promoted neuritin expression, and found that it helped increase dendrite branching compared to mice treated with a control vector. Neuritin appeared to be converting the neurons to a more mature phenotype, which helps guide responses to the neurotransmitter glutamine, explained Russo. Increased neuritin expression also helped mice perform better on learning tests, such as recognizing a foreign object and remembering an environment where they’d previously received a shock, which is indicative of increased synaptic plasticity.

Neuritin treatment also prevented chronic unpredictable stress-related depression in the animals, which ate more quickly when presented with a food pellet and displayed less anxious behavior, among other positive behavioral outcomes.  Conversely, loss of neuritin expression caused mice to exhibit depressive behaviors even in the absence of stress.

The findings identify neuritin as a molecule linking BDNF and fluoxetine with their anti-depressant effects, said Steve Danzer, a developmental neurobiologist at Cincinnati Children’s Hospital Medical Center, who did not participate in the study. “At the single-cell or circuit level in the brain, we still don’t fully understand what depression is,” explained Danzer. The new research illuminates some of the molecular pathways involved, but, he added, it’s still unclear how neuritin mediates its effects. “At this point, [the neural changes and anti-depressant effects] are just correlative, but they’re a promising angle,” said Danzer.

Duman hopes that more insight into neuritin and BDNF could lead to the development of therapeutics that mimic their effects. “I think that eventually we’ll learn enough to start making those kinds of [neuritin-mimicking] molecules,” he said. Identifying such small molecule agonists of neuritin could be a drug development pathway that holds the possibility of aiding those depressed patients that fail to respond to current therapies like SSRIs, Danzer added. Carlos Zarate, a neuroscientist at the National Institute of Mental Health in Bethesda, Maryland who was not involved in the study, hypothesized that drugs targeting neuritin (or downstream effectors) could also be designed as an adjunct therapy, to make current therapies more effective.

However, this is a challenging proposition, Russo explained, as a neuritin-based therapy would still be difficult to develop. Duman’s research depended on injecting viral vectors directly into the correct brain region, whereas current antidepressants are taken orally and work throughout the body. Furthermore, while stress may lead to fewer neuronal connections in the hippocampus, it can stimulate the opposite phenotype in deeper structures that help organisms respond to the harsh conditions, said Russo—meaning that bathing the brain in a synapse-boosting chemical might be problematic.

In the meantime, Duman’s group is focusing on elucidating how, exactly, neuritin stimulates dendrite branching and mood changes, and identifying which antidepressants mediate their effects by stimulating its expression.

Russo is also interested in understanding more about how neuritin may be involved in individuals’ responses to stress—why some people respond with depression while others are more resilient. Researchers are uncovering molecular mechanisms underlying our brains’ “active coping” strategies, pathways by which the brain actively works to prevent depression, he said. Perhaps different expression levels of neuritin might explain this phenomenon, where “brains can actively change in a positive way.”