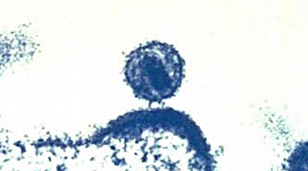 “The paper is interesting, and may be important for getting scientists to think about evolution of drug resistance,” said Andrew Read, an evolutionary biologist at Pennsylvania State University who did not participate in the study. “The mechanism of drug resistance seems straightforward, but it’s not.” Even relatively simple questions, like whether drug resistance can be avoided by cycling between two different drugs, randomly assigning the drugs, or giving all patients both, have yet to be answered, added Read, who...

Scientists have been debating the relative contributions of pre-existing mutations and mutations that arise after therapy begins to HIV drug resistance since the mid-1990s, explained Robert Shafer, who studies mechanisms of evolved HIV drug resistance at Stanford University but was not involved in the project. It’s generally understood that a multi-drug regimen works to prevent resistance from becoming established by forcing the HIV virus to acquire several mutations—raising the “genetic barrier” to resistance—and making it highly unlikely that viruses carry enough mutations before therapy, said Shafer. This makes pre-existing mutations of relatively little concern in well-resourced countries, he noted, but of more concern in resource-limited nations, where drugs may be less efficacious.

But several, though not all, studies show that HIV drug resistance is more likely to be established early, within the first year of treatment, rather than several years in, suggesting to Pleuni Pennings of Harvard University that pre-existing mutations may be a contributing factor. It’s important to understand where HIV drug resistance originates, Pennings said, to help clinicians design therapy accordingly.

So Pennings created several models using data from published clinical trials of HIV therapy to estimate probabilities of drug resistance mutations being pre-existing or evolving later. She made a simple assumption—that one drug resistance mutation was enough for combined drug therapy to fail—and drew on studies of drug cocktails that included nucleoside reverse transcriptase inhibitors (NRTI), which viruses can often resist with just one mutation, plus two other drugs of different classes. Pennings looked at three situations: when HIV-positive patients initiate therapy for the first time; when pregnant HIV-positive mothers are administered a single dose of the NRTI nevirapine (which helps prevent mother-to-child HIV transmission but is associated with development of maternal drug resistance); and when patients intermittently interrupt their treatment regimens.

Not everyone agrees that one mutation can establish drug resistance. “I feel it is too simplistic and not entirely plausible” that one mutation would be enough for multi-drug therapy to fail, said Roger Kouyos, who studies HIV dynamics at the Swiss Federal Institute of Technology (ETH) Zürich in Switzerland.  It’s unlikely that resistance mutations against all three drugs in a regimen would exist before treatment. If one did pre-exist therapy, Kouyos contended, drug cocktails keep viral replication so low that it’s difficult for the virus to acquire the other mutations it needs to escape control—unless the patient adheres imperfectly to their regimen, providing a “drug holiday” where the virus can acquire additional mutations.  Pennings, in turn, points to studies showing that resistance to one drug of a three-drug cocktail can lead to therapy failure.

But this simplicity may be good, argued Sergei Kosakovsky Pond, who studies HIV evolution at the University of California, San Diego, but did not collaborate on the study.  If models get too complicated, he explained, “you can make them do almost anything” by plugging in the right numbers. At the least, said Kosakovsky Pond, Pennings’s study makes an argument for looking closer at pre-existing mutations, whose contributions to drug resistance may not be fully appreciated by scientists in the field. What the model does not do, he notes, is show the pre-existing mutations contribute to drug failure when several mutations are necessary to establish resistance.

Pennings hopes her models will prompt clinicians to re-evaluate their approach to HIV therapy. Strategies to prevent drug resistance typically focus on improving patient adherence to drug regimens—which requires a life-long commitment. But it might be possible instead to nip early drug therapy failure in the bud by employing a quick hit of drugs, like boosted protease inhibitors, that don’t come in an easy-adherence single pill but are harder for the virus to acquire resistance mutations against, followed by a conventional single-pill cocktail. Patients might then be able to minimize their risk of pre-existing mutations from capsizing their therapy by adhering to a cumbersome, expensive pill regimen for only a short time.

In the future, Pennings would like to extend her models to data from “real world” therapy interruptions from the clinically controlled interruptions used in the current project. It may also be possible, she said, to apply her simple equations to drug resistance in other diseases, like cancer.

Whatever HIV researchers think of Pennings’s models and assumptions, Read hopes the paper’s counterintuitive assertions “prompt them to action” and stimulate more evolutionary research into the mechanisms of HIV drug resistance.