Last September, a group of 27 researchers led by scientists at the Baylor College of Medicine in Texas published a paper in Nature reporting a new technique that would allow immune cells to cross the blood-brain barrier and home in on hard-to-reach brain tumors. After garnering more than 50 comments on the anonymous post-publication peer-review website PubPeer, the article was retracted today (February 20).

In the paper, oncologist Nabil Ahmed, Heba Samaha, a research associate at Children’s Cancer Hospital Egypt 57357 who worked at Baylor for several years, and colleagues revealed a potential solution for the difficult task of getting the immune cells used in immunotherapy to brain cancers. The researchers reported that by engineering T cells with a “homing system” to bind firmly to molecules on the surface blood vessels—and adding a chimeric antigen receptor (CAR) that could identify cancer cells—they were able to successfully treat glioblastoma, an aggressive form of brain cancer, in mice.

At first, these findings were met with positive attention. The study was discussed in an associated Nature News & Views piece, appeared as a research highlight in an associated journal, Nature Immunology, and received a press release, media coverage, and several citations. “The results were very encouraging,” Samaha said in the press release. “We observed that T cells with both the homing system and CAR substantially shrunk tumors in all treated animals.”

But starting last October, a few weeks after the paper was posted online, comments about potential image manipulation in the article began to appear on PubPeer, and the issue quickly caught the attention of scientists on social media.

Gaetan Burgio, a geneticist at Australian National University who posted a widely circulated Tweet about the manuscript, notes that the extent of alleged image duplication identified in this paper was “quite exceptional.”

“If you look at the [PubPeer] comments, [there are] claims of duplications for pretty much every single figure . . . and raw data that did not match figures in the paper,” he tells The Scientist.

Brian Ferguson, an immunologist at the University of Cambridge, says he was also stunned by the PubPeer posts, which, he adds, “showed suggestions of image manipulation to a degree that I hadn’t seen in any paper before.”

Around a week after comments started appearing on PubPeer, Nature added an Editor’s Note to the study, alerting readers that the journal had opened an investigation into the concerns raised about the data presented in the paper.

According to the retraction notice posted today, the authors are pulling the paper “due to issues with figure presentation and underlying data.” All the authors, except Samaha, the first author, agreed with the retraction.

“Unfortunately, issues were identified in the presentation of several figure panels and the underlying data [in the paper],” Ahmed writes in an email to The Scientist. “I promptly notified the office of research at Baylor College of Medicine, which is looking into the cause of these issues.”

Samaha did not respond to The Scientist’s requests for comment.

According to Dana Benson, the director of communications at the Baylor College of Medicine, the institution’s Committee on Scientific Integrity (COSI) reviews all allegations of scientific misconduct. In an emailed statement to The Scientist, she added that these evaluations “take time and these proceedings are strictly confidential.”

Some commenters on both PubPeer and social media suggested that the duplicated images should have been caught by peer reviewers. But Burgio believes that the responsibility lies with the publisher, not the reviewer. “I think it’s on the publisher to ensure that the paper doesn’t contain any image duplication or plagiarism,” he says. “It’s unfair to rely solely on the reviewer to police the paper.”

Nature currently conducts random spot checks of images in manuscripts prior to publication. “If concerns about a figure in a Nature paper are raised, we have software tools that enable us to evaluate images in detail,” a Nature spokesperson writes in an emailed statement to The Scientist. (The spokesperson also noted that the journal could not comment on individual articles for confidentiality reasons).

Some journals, such as the Journal of Cell Biology and The EMBO Journal, have implemented procedures to screen figures in every article prior to publication. “This [practice] is absolutely admirable,” Ferguson says. “How to screen really carefully for image manipulation prior to publication is something that most journals will have to address.”

For now, Ferguson notes that social media and post-publication peer review websites such as PubPeer have accelerated that process of identifying and correcting issues in the scientific literature. “This is a good example where post-publication peer-review has had a clear impact,” he adds. “I believe that will continue to happen—because there are individuals looking for this stuff all the time.” 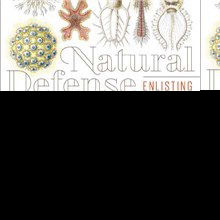