Scientists have been searching for the common ancestor of Neanderthals and modern humans in the fossils of hominins. A new analysis of hominin dental evolution places the most recent common ancestor of Neanderthals and modern humans to be at least 800,000 years ago, according to a study published today (May 15) in Science Advances. Previous estimates based on DNA and cranial features placed the divergence at around 400,000 years ago, according to the report.

By calculating the changes to tooth shape of Neanderthals over time and comparing them to SH hominin tooth shape, Gómez-Robles approximated how long it would have taken for early Neanderthals to evolve and eventually become the SH hominins. Using those estimates, she suggests the time Neanderthals and modern humans diverged to be between 800,000 and 1.2 million years ago. “This would make the evolutionary rates of the early Neanderthals from Sima de los Huesos roughly comparable to those found in other species,” Gómez-Robles tells Newsweek.

Although this study presents compelling evidence, experts may disagree. “I just don’t see the argument that dental rates of evolution are absolutely known to the point where we can then say that for certain the Neanderthal-modern human divergence must have been earlier than 800,000 years ago,” says Rick Potts of the Smithsonian Institution to Smithsonian. 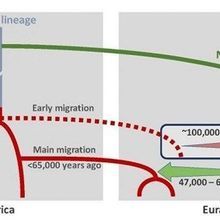 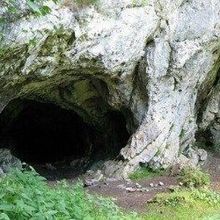