The world’s oceans have greater viral diversity than previously reported, according to the results of a survey published yesterday (April 25) in Cell. The study reports nearly 200,000 different populations based on DNA analyses from 146 samples of seawater.

The authors collected samples from nearly 80 sites during a series of expeditions that included the Arctic and Antarctic Oceans. They state that because there is controversy about defining viruses as species, the viruses are described as populations in this study. These populations can be separated into five communities: Arctic, Antarctic, temperate and tropical epipelagic (up to 200 m below the surface), mesopelagic (200 to 1,000 m below the surface), and bathypelagic (1,000 to 4,000 meter below surface).

“I think that people are aware that viral diversity far exceeds that of the vast microbial diversity,” Alison Buchan of the University of Tennessee who was not involved with the study tells Gizmodo. “But there have not been a great number of studies that have tried to quantify the extent of that diversity.”

The study included 41 samples from one expedition to the Arctic Ocean in 2013. “There’s still swaths of the ocean that haven’t been looked at,” Curtis Suttle of the University of British Colombia in Vancouver who wasn’t involved in the study tells Science News. Buchan also tells Gizmodo that because the samples represent a single snapshot in time, sampling again at a later time could reveal different results.

Scientists are interested in the role of viruses in ocean ecosystems. Past research reported in Viruses finds that marine viruses play a key role in driving bacterial and algal mortality, which may in turn affect ocean productivity. “Viruses control the structure of the microbial communities, as well as their evolutionary trajectories,” coauthor Ahmed Zayed of The Ohio State University tells Inverse.

Although this study focused on DNA from viruses, future work could include viruses with RNA. “So we’re still really only scratching the surface of what’s there,” says Suttle to Science News. 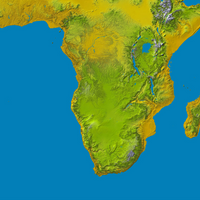