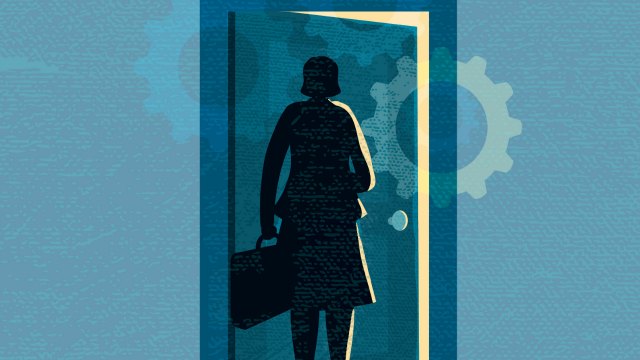 One program launched in 2017 in Australia, where the National Health and Medical Research Council (NHMRC) developed an initiative to fund more research by female scientists. Another is in Germany, where the Max Planck Society created a program to start in 2018 to increase the number of research groups led by women each year.

“The initiatives are very interesting—and bound to be controversial,” MIT biologist Nancy Hopkins writes in an email to The Scientist. “People will say there aren’t enough women who are as good as the great men of the...

But there are good women to fill more senior roles, even without such initiatives, says Hopkins, who has long been pointing out inequalities among men and women in science, starting at her home institution. “The problem,” she writes, “is WHY are the top women either not being hired or leaving the system?”

Women often receive less funding than their male counterparts for similar projects, or they receive fewer grants overall. That is the issue the new NHMRC initiative aims to correct. Prior to awarding funding for 2017, an analysis showed that male lead investigators were awarded NHMRC’s largest type of grant, on average, at a 4-percent higher rate than their female counterparts. Also, the proportion of female lead investigators had not increased in several years.

“We therefore need a deliberate approach such as funding additional female lead investigators if we are to see improvements and so prevent the loss of talented women from health and medical research,” an NHMRC spokesperson tells The Scientist by email. The new initiative, which provided money for 34 additional female principal investigators (PIs) in 2017, brings women’s numbers up to 186 out of 550 lead researchers sharing $471 million of funding.

“We hope this intervention sends a message to the Australian research community that gender equality is a priority for NHMRC. We hope that Australian research culture becomes progressively more gender equal,” the spokesperson writes, adding that the council hopes the initiative will be unnecessary in the future, with women and men achieving approximately equal outcomes without intervention.

We hope this intervention sends a message to the Australian research community that gender equality is a priority for NHMRC.—Spokesperson for the National Health and Medical Research Council

Hopkins applauds the NHMRC’s effort, a move she says is not likely to be done in U.S. “I do think in the U.S. [funders] should give the same amount of grant money to men and women doing equivalent types of research,” she writes. “But they don’t and they won’t—so women will continue to be disadvantaged by bias.”

While studies of US National Institutes of Health (NIH) awards show mixed results when it comes to funding female versus male PIs, the organization recognizes there are differences based on sex in awarding grants. But, there are no formal grant equalization programs. Instead, David Kosub of NIH’s Office of Extramural Research points to programs run by the Office of Research on Women’s Health, which “support the career development of women,” he writes in an email to The Scientist.

The Max Planck Society is taking a much more direct approach to help women advance their careers. The organization “has made considerable efforts in the past years to promote equal opportunities and to increase the proportion of women in leading scientific positions,” a spokesperson notes in an email to The Scientist. At the beginning of 2006, the organization had 5.7 percent female directors and 21.6 percent female group leaders. Now, 14.1 percent of directors are women as are 34.6 percent of group leaders, in part because of past equality initiatives.

Still, the society seeks to do more. The Lise Meitner Excellence Programme,  which will launch this year, is a new tenure-track option designed specifically for female researchers to bring them to Max Planck and keep them there. “[It] offers top-level positions as female Max Planck Group Leaders with the attractive option of receiving a permanent post,” the spokesperson writes. Through this initiative, a researcher has five years to prove herself and continue her role as a laboratory group leader. No matter what, a permanent public service position is guaranteed. “We want to pave the way internally for an effective cultural change,” the spokesperson writes. “Cultural change succeeds if it is supported and promoted by all functional and hierarchical levels, including Institute management.”

The program is limited, Hopkins notes. “It’s only 10 positions. That isn’t very much.”

Sandra Masur, a molecular biologist by training and director of the Office for Women’s Careers at the Icahn School of Medicine at Mount Sinai, also notes that studies indicate that “women take longer at each step of the ladder on the way to leadership, so just bringing in more women without addressing the timeline may not make a difference in retaining the best women scientists at the Max Planck.”

While ambitious affirmative action remains rare, there have been a number of efforts by institutions and funders that take a less direct route to address gender disparities.

Every time there was an opening, he looked for a woman to fill the job.

At MIT in the 1990s, for example, Hopkins, along with other female faculty, began to ask why men’s careers were advancing more rapidly. After collecting data, they showed that women were being overlooked for advanced positions, better pay, and even lab space. When these issues were pointed out in a study, the dean of science at the time, Robert Birgeneau, immediately worked to improve pay, access to space and research equipment, hiring of female faculty, and inclusion of women in significant departmental activities.

Years later, similar activism took place at Mount Sinai. When Dennis Charney became dean of the medical school in 2007, he noticed there were no women chairs, academic deans, or institute directors. “This struck me as something that had to be fixed,” Charney tells The Scientist. As of 2017, there were six female chairs, six female institute directors, and four female deans, which Charney sought out and appointed over time as positions became available. Every time there was an opening, he looked for a woman to fill the job.

One key to fixing the existing inequalities in science is making department members aware of them. BRIM, the Bias Reduction in Internal Medicine Initiative, is a program that aims to do just that. Run out of the University of Wisconsin–Madison, the initiative is designed to engage departments in discussions about implicit bias in hiring and promotion. The results now show, after seven years of development and implementation, that if more than 25 percent of faculty attends a three-hour workshop on bias, there’s an increase in women’s hiring the following three years.

ADVANCE, now funded by the National Science Foundation, is another program that is designed to break down organizational barriers such as a lack of mentorship or inclusion that prevent women, and in some cases unrepresented minorities, from advancing in science. At the University of Michigan, where the program originated in 2001, departments can set up committees to help new hires adjust to their junior faculty roles. In the school’s psychology department, where such committees have been set up, 50 percent of the faculty members are now from underrepresented minorities, Masur notes. More than half are female.

“Things are changing,” she says.