In an effort to solve both problems, researchers at Northwestern University’s Feinberg School of Medicine have developed a new human iPSC (hiPSC) culture medium any lab can make from scratch at low cost and while taking weekends off. They estimate the necessary ingredients cost around $16 per liter—or only 3 percent of what companies charge—without sacrificing the cells’ ability to differentiate into distinct cell types. The recipe for the “B8” medium—along with a protocol for hiPSC culture—was published January 9 in Stem Cell Reports.

“I think it’s amazing,” says Alysson Muotri, a stem cell biologist who directs the Stem Cell Program at the University of California, San Diego, who wasn’t involved in the research. If the medium performs as well as described in the paper, the potential cost savings could be “gigantic,” he adds. “We’ll definitely try it out . . . and I think probably many people in the field will also give it a try.”

Most stem cell labs purchase commercially produced media to raise hiPSCs until the cells are mature enough to be differentiated into distinct cell types, often spending around $270 or $350 per 0.5-liter bottle. “For large labs, they can spend as much as $300,000 a year of taxpayer’s money just on stem cell media,” remarks Paul Burridge, one of the B8 medium developers.

As a stem cell scientist, it frustrates me when non–stem cell labs say that they don’t want to work with stem cells because it’s too expensive.

Burridge’s lab is one of few that had already been making its own media from scratch for a number of years, based on published recipes such as the E8 medium formula published in 2011. However, that recipe relied on expensive growth factors, and ended up being nearly as pricey as commercial media, “or at least not cheap enough so that the cost saving makes up for your time and effort,” Burridge says.

A few years ago, he and his colleagues started to swap out ingredients in the E8 formula for cheaper ones, such as the gelatinous protein matrices on which hiPSCs grow. The team realized that the most expensive ingredient in the E8 formula was fibroblast growth factor 2 (FGF2), which accounted for more than 60 percent of the cost. So, the team started to make its own FGF2 from scratch by introducing a genetic sequence encoding the protein into a plasmid that was then inserted into E. coli bacteria and translated into protein.

Once the researchers established FGF2 production, “we had opened the hood—it was obvious to us that we should make some tweaks to the proteins,” Burridge recalls.

One of the tweaks was to introduce mutations known to make the FGF2 protein more tolerant to warm temperatures. With the exception of heat-stable versions of the protein sold by some companies, most commercially available FGF2 has the limitation that it isn’t stable at 37 °C and degrades after a day or so—which is one reason why hiPSC cultures typically need a daily change of media, including weekends. By contrast, the researchers’ modified version of the protein—FGF2-G3—remained stable after a week at 37 °C. “We ended up with a protein that cost us very little to make but also has improved stability,” Burridge says.

In addition to creating some of their own growth factors, the developers also conducted a series of short-term growth assays, every time with a different concentration of each ingredient, to find the lowest and most cost-effective concentrations that would still maintain robust growth of hiPSC cells.

Then, the team put its media formula to the test, first using standard protocols with daily media changes. They found that an hiPSC cell line could be cultured in the B8 medium for more than 100 passages while still retaining an undifferentiated state. Overall, they observed similar rates of cell growth and proliferation when they compared B8-cultured cells with ones grown in E8 media.

They then tested their formula with a weekend-free feeding schedule, where the researchers only changed the media every 3.5 days. To find out whether the cells were still capable of differentiating into distinct cell types, the team used existing protocols to coax the B8-cultured hiPSC cells into cardiac, endothelial, or epithelial cells. The results indicated “that you can culture [hiPS] cells weekend-free and it has absolutely no effect on the differentiation or the utility of the cells,” Burridge says.

Jalees Rehman, a stem cell biologist and cardiologist at the University of Illinois at Chicago, says that researchers would likely want to see more data on the functionality of the differentiated cells before trying out the media. “Once you’ve got twenty, thirty laboratories who can culture the cells in this much less cost-intensive medium and they can successfully differentiate them into cell types like neurons and cardiomyocytes, and they get nice functional cells at the end—beating heart cells—then I think it could have a major impact on the field.”

Weekend-free hiPSC culture protocols would be a significant improvement to the work-life balance of researchers in the field, Rehman adds. Although there are several commercially available media that allow for weekend-free schedules, “they’re quite expensive,” notes Eric Hill of Aston University in the UK who is using iPSCs to develop a model of Alzheimer’s disease.

However, Hill points out that Burridge and his colleagues’ $16 cost estimate doesn’t account for the labor of making the media. With that factored in, the costs may rise a little, he says. However, Burridge estimates that once researchers have all the reagents together, making a year’s worth of media should take about an hour.

In addition, not every stem cell lab has the ability to make its own proteins, Muotri adds. “For example, my lab has no expertise on purifying these proteins from bacteria,” he says. “We would have to buy it from someone and then the cost will increase,” although probably not nearly as high as commercial media costs, he adds. (Burridge and his colleagues suggest in their paper that researchers could outsource the protein production to a core facility, such as Northwestern’s.)

Another concern is reproducibility. Buying media from a commercial source guarantees batch-to-batch consistency, whereas that might be harder to achieve if a lab is making media itself, Hill notes. Perhaps if a company decides to commercialize the B8 media, that could reduce variability within and across labs—as long as the formula remains less costly than others, Muotri suggests.

“We are very happy to help anybody who has any issues [with the protocol],” Burridge says. “The point of the project is to improve the ubiquity of stem cells as a whole, so more labs can use them. As a stem cell scientist, it frustrates me when non–stem cell labs say that they don’t want to work with stem cells because it’s too expensive. That’s not a good scientific rationale for not doing something. I’m hoping that we have solved that part of the problem.”

Correction (May 20): We added to the eighth paragraph that there are some companies that sell heat-stable FGF2. The Scientist regrets the error. 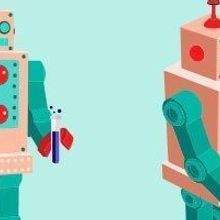