Anewly discovered mammal fossil may give clues to how bones in the middle ear evolved from jaw bones, according to a study published in Science yesterday (December 5).

The malleus, incus, and stapes—three small bones in the middle ear commonly referred to as the hammer, anvil, and stirrup—help make mammals more sensitive to sound. The bones started out as part of ancient reptilian jaw joints and shifted to their present-day location in the ear as mammals evolved. But the timing of this switch from jaw to ear has been difficult to pin down, reports Science News.

Jin Meng at the American Museum of Natural History and his colleagues discovered well-preserved skeletons of a shrew-sized ancient mammal, which they named Origolestes lii, in northeastern China. The middle ear bones of this animal are at the base of its jaw, but they are completely detached from the jaw. It’s “a snapshot of the moment when the two organs separated in evolutionary time,” Meng tells New Scientist.

O. lii is estimated to have lived between 133–120 million years ago, during the Cretaceous period, in a wetland environment. Older fossils of other mammals have also shown separated middle ear bones, but O. lii is the first of a relatively more recent line of mammals to show this separation, possibly showing the final steps in the evolution of the specialized bones. 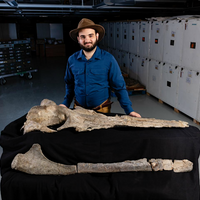 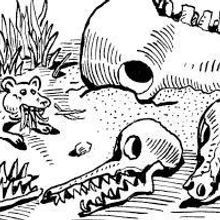 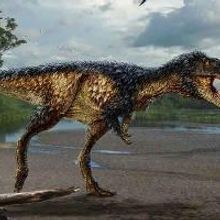