More-accurate predictions of the severity of an upcoming grass pollen season based on rainfall and temperature could help allergy sufferers manage their symptoms.

Now that spring has arrived in the Northern Hemisphere, many people are celebrating warmer weather and longer days. But for those with hay fever, spring also means itchy eyes, runny noses, headaches, and fatigue. One of the main triggers for seasonal allergic rhinitis, the official name for hay fever, is grass pollen. More pollen in the air usually means more severe hay fever, so accurate pollen predictions could help allergy sufferers to better manage their symptoms.

Although weather apps can predict pollen levels a few days in advance, there aren’t good tools for predicting grass pollen season severity, says Carsten Skjøth, an atmospheric scientist and an aerobiologist at the University of Worcester in the UK. In a study published today (March 26) in Science Advances, Skjøth along with Alexander Kurganskiy, an air pollution modeler at the University of Exeter, and their colleagues describe mathematical models that could improve such long-range forecasts.

To develop their model, the researchers analyzed weather conditions and daily pollen concentrations at 34 observation stations across Northwest Europe from 1996–2016. They found that annual pollen season severity could be predicted by the previous year’s rainfall and temperature conditions, but it differed at each site, suggesting that pollen forecasts should be considered on a local, rather than regional, scale.

The team also created a second model to predict pollen levels in the future as the climate changes. The model suggests that grass pollen season severity could increase by up to 60 percent if carbon dioxide levels double in the future, similar to a lab study that grew timothy grass (Phleum pratense) in growth chambers and found that the plant produced about 50 percent more pollen when grown in elevated carbon dioxide conditions.

The Scientist spoke with Skjøth and Kurganskiy to learn more about grass pollen predictions and how better forecasting tools could help people with seasonal allergies.

The Scientist: What were the main findings from the study? 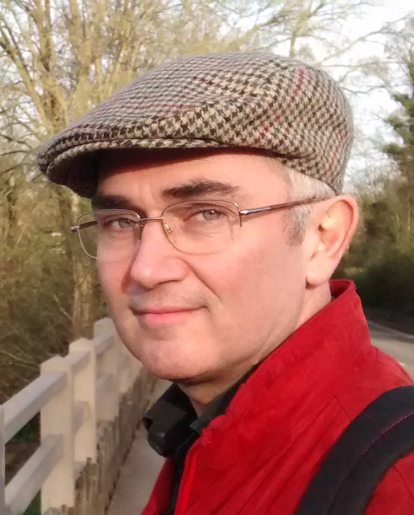 Carsten Skjøth: The severity of the grass pollen season is different [in different locations]. We found that every single location seemed to have its own pattern, and we found a way to describe this in mathematical terms. . . . If we go to Washington [DC], for example, it could be precipitation and temperature during spring that drives the season, but then if you go to Seattle, maybe it’s only precipitation, and then if you go to Baltimore, maybe it’s only temperature.

The second part is that we were able to apply common vegetation models to describe the impact of climate change—increased carbon dioxide. We developed a mechanistic model that describes how vegetation grows, and then we used the same increase in carbon dioxide [i.e., doubled carbon dioxide] that has been done in a few [growth] chamber studies. . . . We are doing the same thing but using a mathematical model that can be applied everywhere. So it takes into account different types of land cover, temperature, climate change, etc. And we’re getting the same result [as chamber studies]

TS: So you would expect there to be more grass pollen in the future if we continue seeing climate change?

CS: Business as usual, yes we’ll get more pollen. . . . A small increase in plant productivity leads to a relatively large increase in pollen productivity. . . which was also found in the chamber studies. But there’s a big difference between doing something inside the chamber, inside a laboratory, and then actually doing something out in the field or having a model of what’s happening in the landscape and getting it replicated with observations.

TS: Tell me about the chamber studies you mentioned. 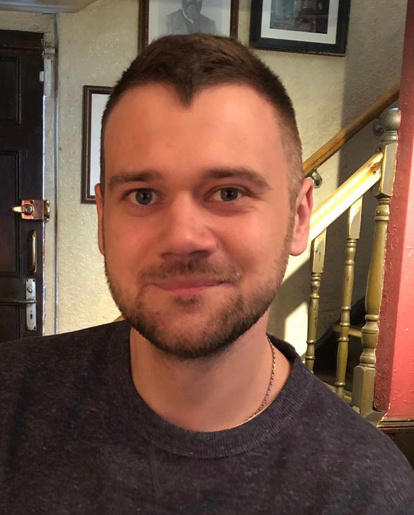 Alexander Kurganskiy: There have been a few studies, in [growth] chambers on pollen concentration. . . . One they were growing ragweed. The other they were growing grasses. They doubled carbon dioxide concentrations—this is a typical climate change scenario. [And they found that pollen productivity increased by 50–55 percent.]

TS: Right now, you can look up on the internet or phone apps to see pollen risk for your area. I was curious how those are calculated? How is your approach different?

CS: How they are calculated probably varies from country to country. In most cases, it’s based on observations. So they have a [pollen] trap or a network of traps. Or as we see now, they’re moving into more automatic devices. But the principle is basically the same, they’re getting the pollen concentration.

These models can predict, for example, what is going on tomorrow or in two days. . . . They don’t really answer the question . . . what is [pollen severity] going to be in 40 days or in the middle of the season? If you’re just at the beginning of the grass pollen season, is this [season] going to be bad? . . . We have no clue. But these are important questions for those who suffer from hay fever.

[Grass productivity is] certainly not the same every year, and it can vary quite a lot from region to region

[In this study] we go for the entire season and we find that the season [severity] is driven by how the plants are growing when they’re producing their pollen. . . . The current understanding in the [previous] models is that they assume that the productivity of grasses is the same every year, it’s the same in all the places. But what we show is that it’s certainly not the same every year, and it can vary quite a lot from region to region.

TS: How do you see your findings being used?

AK: I would be happy if these models can be developed further and eventually they could be used as forecasting tools to advise healthcare professionals and pollen sufferers how to prepare for the forthcoming grass pollen season.

TS: What are the limitations of the study?

CS: Probably the biggest limitation we have is in the climate change study because these models, they are just using grasses as a whole . . . . We are not aiming to predict what is happening with the individual species—we don’t have the data. . . . And we are certainly not be able to predict what is happening if we have one region now and it’s dominated by species that prefer, say, wet soil and one type of land, and then we have climate change and that changes the land cover, which will make a transition of species. These models do not take this into account.

TS: Are allergies different depending on the grass species?

CS: There’s very little knowledge. But just last week a group published a study on exactly that question. That’s published in the journal Current Biology. . . . And this is what they found: that it does matter which species we’re talking about.

A. Kurganskiy et al., “Predicting the severity of the grass pollen season and the effect of climate change in Northwest Europe,” Sci Adv, doi:10.1126/sciadv.abe1260, 2021.