ABOVE: Mice trapped in the wild served as gestational surrogates for lab mice with the goal of seeding the offspring with a more natural microbiome.
PIXABAY, BEN FREWIN

A new mouse model designed with a microbiome similar to that of wild mice may be a better predictor of human responses to some drugs than commonly used lab mice, according to a study published today in Science. The authors repeated two preclinical studies that had demonstrated positive results in mice only to fail when they reached human testing. With the new models, the team saw results that resembled the drugs’ effects in people rather than the previously misleading mouse results.

Mice can be a valuable model for early biomedical research, but many of the drugs that demonstrate promising results in these animals still fail in human trials. Characteristics such as genetics and physiology often take the blame, but researchers are beginning to realize that environmental factors such as the microbiome may also have an effect.

The methods the researchers used show “great potential to unveil mechanisms that have challenged translational research for years,” says Allison Weis, a postdoc studying immunology and the microbiome at the University of Utah School of Medicine who was not involved in the work. “The findings in this study illustrate the power of the bacterial, fungal, and viral microbiota.”

In most preclinical work, researchers use inbred mice that express certain genes and are raised in sterile environments. According to Stephan Rosshart, who conducted the experiments at the National Institute of Diabetes and Digestive and Kidney Diseases, this would be comparable to a human kept in completely sterile conditions from birth to adulthood, without ever getting an infection, “not even a common cold in his or her whole lifetime.” Such a non–real world experience would be likely to distort their immune response.

There is a silver lining that, now, a better mouse model is available to confirm or refute promising results in traditional lab mice.

After attending a lecture about six years ago, where he first heard the word “microbiome,” Rosshart, a gastroenterologist now based at the University Medical Center Frieberg, became curious about whether a mouse with a more “wild” microbiome—one that represented the co-evolution of the mouse and the bacteria, viruses, and fungi that live in and on it—might provide a more accurate model of humans and their own microbiomes.

So he went from performing endoscopies to wrangling mice outdoors. It was difficult at first, but he says he’s now “an expert at trapping wild mice” and has collected more than 1,000 from peanut-butter laced traps placed in horse stables around Maryland and Washington, DC.

There’s a reason researchers use the “cleaner” inbred mouse strains. With sequenced genomes and limited variability, they’re easier to study. Rosshart and his team took advantage of that reliability and transplanted embryos of C57BL/6 mice—the most commonly used strain of lab mouse—into female wild mice, which then gave birth to what the group referred to as “wildlings.” Transferring an embryo like this is a common practice in research, but this is the first time embryos from the lab have been transferred into wild animals. The goal was to ensure that the wildlings were exposed to the surrogate mothers’ microbes in the birth canal, just like a newborn mouse would be in the wild.

“In essence, you have the genetics of a known laboratory strain with sort of the microbiota of wild mice,” says Joseph Petrosino, a microbiologist at Baylor College of Medicine who has worked with some of the researchers before but was not involved in this study.

To find out how the wildlings would fare as preclinical models, Rosshart’s group chose two immune system–targeting treatments that had extremely promising results in mouse trials but had either catastrophic or no effects when they were tested in humans.

The first experiment tested a monoclonal antibody, CD28SA, to target regulatory T cells. In the original mouse study published in 1999, the animals that received the treatment showed a proliferation of the T cells, which dampened inflammation. Researchers thought it could be used in patients with autoimmune disorders or who were undergoing transplants. Unfortunately, the first human patients who received the drug experienced the opposite effect—dangerously increased inflammation—and the trial was halted.

When Rosshart and his team repeated the study, the C57BL/6 mice showed the same positive response they had in the original work, but the wildlings reacted with increased inflammation, like the humans had. This model might have predicted the human outcome and prevented the trial from taking place, says Rosshart.

The group replicated a second study of an antibody designed to treat sepsis and saw similar results: the C57BL/6 mice demonstrated misleadingly positive results, while the wildlings responded to the treatment in a way similar to the humans.

“These observations represent yet another warning to translational medical researchers that lab mice are very imperfect predictors of results’ translation to humans. But there is a silver lining that, now, a better mouse model is available to confirm or refute promising results in traditional lab mice,” says Franck Carbonero, who studies gut microbiology at Washington State University.

“I don’t want to create the impression . . . that laboratory mice are horrible for research and we shouldn’t do anything with them,” says Rosshart, emphasizing that the wildlings may be best suited for certain types of research such as immunology. “But you can make laboratory mice better, and that’s what we are trying to do.” 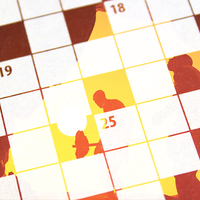