Chief cells lie at the base of the stomach’s gastric glands, and in healthy individuals they are responsible for secreting enzymes required for digestion. Scientists have proposed that, in the face of injury or genetic mutations, these cells revert back to stem cells—or dedifferentiate—and give rise to abnormal changes in tissue called metaplasia, a precancerous state.

This idea emerged more than a decade ago from the observation of a specific type of metaplasia in stomach tissue called spasmolytic polypeptide-expressing metaplasia (SPEM), which appeared to originate from chief cells. Over the years, the body of evidence supporting this hypothesis has grown. But some scientists still question whether chief cells truly give rise to the precursors of cancer.

Yoku Hayakawa, a professor of gastroenterology at the University of Tokyo in Japan, is one of the skeptics. He says there have been technical limitations with the previous work, such as the lack of specificity of chief cell markers, and the use of transgenic mouse models that required tamoxifen, a drug that can induce injury and inflammation, to activate the oncogenic Kras gene.

In a study published last week (February 4) in Gastroenterology, Hayakawa and his colleagues investigate some of these issues—and conclude that their findings tip the scales against the chief cell hypothesis.

To address some of the limitations of previous research, Hayakawa and his colleagues identified a new, more-specific chief cell maker that targets the estrogen receptor GPR30 and established a mouse model of gastric metaplasia that activates Kras within the stomach without tamoxifen. When they induced a cancer-causing mutation in the mice, they found that most of the GPR30-expressing chief cells died instead of reverting their identity to stem cells. The team reported similar results when they injured the stomach using drugs or Helicobacter pylori, a bacterium known to increase the risk for cancer.

These findings counter results from previous studies supporting the chief cell hypothesis, Hayakawa tells The Scientist. “They think chief cells are dedifferentiated, but [they are] lost.”

The team did find stem cells that gave rise to metaplasia in the spots where the chief cells had died. But based on lineage tracing experiments with their Kras-activated mice, the authors conclude that these cells were not derived from chief cells, but had instead migrated from higher up in the gland. This observation is consistent with a long-standing idea that stem cells from elsewhere in the gland are responding to replenish the dead chief cells, Hayakawa tells The Scientist. “The epithelium has to regenerate to maintain homeostasis. So, in this case, stem cells actually expand and try to give rise to chief cells, which are lost.”

Jason Mills, whose lab at Washington University School of Medicine has published several studies supporting the hypothesis that dedifferentiated chief cells can give rise to metaplasia, is not convinced. A key limitation of this study, he says, is that the authors’ conclusions depend largely on the assertion that GRP30 labels all chief cells and only chief cells, which he does not think has been adequately demonstrated. (He notes there are differences in GPR30 expression patterns in some of the paper’s figures, indicating that chief cells aren’t consistently or uniformly labeled.)

Mills adds that the results from this study aren’t actually too far off from those obtained in his own work, which has also revealed a subset of chief cells that do not undergo metaplasia. However, while his lab demonstrated that there are other chief cells that do give rise to SPEM, Hayakawa’s team concludes that the cells that give rise to the metaplasia in their experiments must not be chief cells. “If you focus on the positive rather than the negative [in their results], we probably would not be too far off in our conclusions about chief cell behavior,” he says.

Linda Samuelson of the University of Michigan says that a tamoxifen-independent mouse model of gastric metaplasia is an important contribution to the field. However, she, too, disagrees that this study rules out the chief cell dedifferentiation hypothesis. It’s likely that both hypotheses—a precancerous state arising from either stem cells or dedifferentiated chief cells—are correct, Samuelson tells The Scientist. She adds that the differences in outcome likely depend on factors such as how metaplasia is induced and the method used to track the cellular changes.

Regardless of whether the chief cell hypothesis turns out to be true, the question of how SPEM gives rise to gastric cancer remains unanswered, Hayakawa says. James Goldenring, who studies gastric cancer at Vanderbilt University Medical Center and is among those who originally proposed that chief cell dedifferentiation can give rise to SPEM, agrees that this an open question. But he’s not convinced that his hypothesis should be discarded. “It took me at least 10 years to get people to actually even admit that SPEM existed. So it’s perhaps ironic that we’re now arguing over how it’s created,” he says. “I guess that’s better than where it started out, right? We’ve taken the discussion to a different level.” 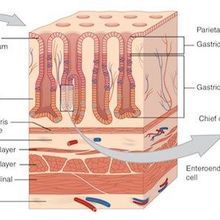 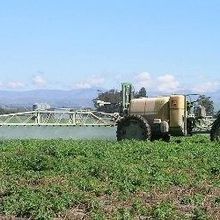 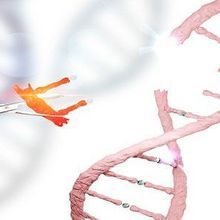