High-resolution satellite imagery has documented the existence of 61 Emperor penguin colonies in Antarctica, increasing the known number of colonies in the region by 20 percent.

The findings, published yesterday (August 4) in Remote Sensing in Ecology and Conservation, relied on streaks of the penguins’ rusty red guano captured in images of sea ice taken from space. While the bump in numbers is welcome news to conservationists, the findings come with the caveat that these new colonies, and indeed the species itself, are susceptible to climate change.

“The [new colonies] are an exciting discovery,” Peter Fretwell, a geospatial analyst with the British Antarctic Survey (BAS) who led the research, tells The Guardian. “Whilst this is good news, the colonies are small,” meaning they only increase the global population by 5–10 percent, amounting to roughly 278,500 breeding pairs worldwide.

Researchers spotted evidence of the birds' guano, standing out as a dark stain against the snow in the center of the image above.
COPERNICUS DATA/SENTINEL/ESA

These smaller colonies, consisting of a few hundred birds each, remained hidden prior to the advent of more powerful remote imaging technology. Satellites couldn’t see them, and they are often remote and inaccessible to ground teams. Three of the newly identified colonies had been initially reported by planes throughout the 1960s and 1980s, The Guardian reports, but the NASA Landsat satellites used at the time, with a resolution of 30 meters, could only confirm the presence of large colonies.

The European Space Agency launched its two 10-meter-resolution Sentinel-2 satellites in 2015, allowing Fretwell and his colleagues to “see things in much greater detail, and pick out much smaller things,” he tells Science News. The team targeted the margins of the continent, looking for possible colonies in the gaps between existing ones. Of the 11 new colonies the team observed, eight had never been seen before and three were a confirmation of those previous sightings.

Two of the new colonies came as a surprise to researchers due to their location. Emperor penguins are the only species to breed away from land, choosing to nest on temporary “fast ice” that forms over water and crowds the margins of continents or icebergs, according to BBC News. But two of the colonies were anchored against grounded icebergs far out at sea, an entirely new breeding habitat as far as scientists know.

The newly found breeding sites, the authors warn, are in areas where models have predicted Emperor penguins will decline because of climate change. A previous study suggested that without interventions such as those put forth by the Paris Climate Agreement, that decline could top 80 percent by the year 2100.

“This story comes with a strong caveat because the newly discovered sites are not in what we call the refugia—areas with stable sea-ice, such as in the Weddell Sea and the Ross Sea,” Fretwell tells BBC News. “They are all in more northerly, vulnerable locations that will likely lose their sea-ice.”

In a press release, Phil Trathan, the head of conservation biology at the BAS and a coauthor on the study, says these smaller fringe colonies may therefore represent “canaries in the coalmine” for studying the effects of climate change on Emperor penguins. “We need to watch these sites carefully as climate change will affect this region.” 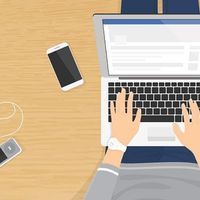