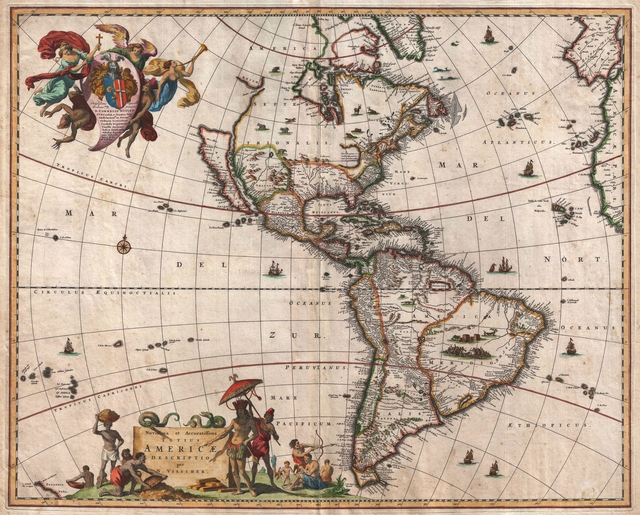 WIKIMEDIA COMMONSThe arrival and migration of human populations across the Americas is more complicated than previous research has suggested. Published today (May 31) in Science, a study proposes that the earliest settlers in the Americas diverged and united multiple times over the course of history, rather than parting ways once and never meeting again, as paleontologists had thought.

While an initial split between two groups in North America happened between 18,000 and 15,000 years ago, there appears to have been mixing between them around 13,000 years ago. According to a statement by the research group, the two lineages probably mated with each other during their migration into the south. “These two populations split early and were isolated for a few thousand years,” Christina Scheib, an archaeologist at the University of Tartu and coauthor of the paper, tells The Atlantic. “Then, they came back together while growing...

According to previous research, the first settlers in the Americas split into two groups, the northern and southern. It was believed that people in Central and South America originated from the southern branch. Scheib tells The Atlantic that her team wanted to “fill out this picture by getting as many ancient genomes as we could.”

She and her colleagues analyzed 91 ancient genomes from locations in California and Canada. These sites have been witness to settlements as far back as 13,000 years ago, with the ancient populations characteristic of the two branches. The DNA did not support the theory of a complete separation between the two ancestries. Further, the researchers found that between 42 and 71 percent of present-day Central and South American genomes is representative of the northern branch whose descendent migrated eastward in North America.

“This study is important because it begins to move us away from overly simplistic models of how people first spread throughout the Americas,” Deborah Bolnick, a geneticist at the University of Texas at Austin who was not involved in the study, tells The New York Times.