Back in June, in a study published in Science, demographers observed something interesting about human mortality. They looked at the death rates of Italians who lived to at least 105 years and found that while the probability of dying in any given year increases rapidly during adulthood, the rate of increase then starts to taper in old age. By 105, the researchers found, people have a 50/50 chance of dying each year—and that probability holds steady in subsequent years.

“We found that mortality rates, which go up rapidly with age at younger ages, had leveled off at these extreme ages,” University of California, Berkeley, demographer Kenneth Wachter, who led the study, tells The Scientist. This phenomenon is called a late-life mortality plateau. Demographers also think of it as the point at which aging stops—that is, among those who believe that these plateaus exist.

A study published yesterday (December 20) in PLOS Biology challenges the late-life mortality plateau in humans, suggesting instead that the data might represent artifacts caused by errors in birth- and death-date records.

“The primary paper is addressing this idea that aging stops in old age or slows down in old age. My finding is that aging doesn’t stop,” says Saul Newman, a demographer at the Australian National University in Acton, Australia, and the author of the new study.

For 20 years, as Newman notes, scientists have argued over what may cause these mortality plateaus and a related phenomenon called late-life mortality deceleration, when the rate at which death becomes more likely every year starts slowing down. Newman believes that both of these phenomena can be explained by mistakes in recordkeeping on mortality data. “The core of my finding is that you can explain this pattern with errors,” he says.

Newman’s new paper is the latest volley in a decades-long debate over whether the human lifespan has an upper limit. Michael Rose, a University of California, Irvine, evolutionary biologist who was not involved in either study and who researches late-life mortality in fruit flies, explains that plateaus in humans were first reported in 1939, in a paper that got little attention. Interest in the topic resurfaced in 1992 after the publication of two papers in Science reporting these plateaus in fruit flies and medflies. Since then, Rose says, the animal data have continued to strengthen, such that “the phenomenon of late-life mortality plateaus is now abundantly demonstrated in model organisms, in experiments about which there is no doubt whatsoever.”

The last organism I would want to study late-life mortality plateaus in is humans.

At the same time, demographers have been studying the phenomenon in humans and coming up with different answers to the questions of whether aging stops and also whether the human lifespan is fundamentally limited or has the potential to increase.

Wachter is of the latter opinion. In the Science study, his team found not only that the mortality rate plateaus at 105 but that the probability of dying each year after this age was slightly lower than 50/50 in people who were born later. This suggests to the authors that the human lifespan might not have a fixed limit. This isn’t saying that people won’t die eventually, but that humans might continue to push longevity. “There may be limits somewhere, but there’s still a lot of flexibility. There’s still hope for progress,” Wachter says.

In contrast, Newman says he believes that lifespan limits exist and there is an age at which one’s probability of death reaches one, or certainty.

To test the idea that errors can result in false mortality plateaus, Newman took data from the cohort of French women born the same year (1875) as Frenchwoman Jeanne Calment, who died in 1997 at 122. He introduced errors into the dataset and observed how they affected mortality patterns in two models. For one model, Newman started with a graph of the logarithm of mortality rates for the Calment cohort from ages 50 to 90 and found a best-fit line—a so-called log-linear model—to represent the data. This best-fit line depicts mortality rates over time in the absence of any deceleration or plateau. He then systematically introduced errors: when the cohort was 50 years old, he bumped up the ages of one out of every 1,000 women by five or 10 years, and then for another one out 1,000 women he pushed their ages down by the same amounts.

Introducing errors this way caused the data to deviate from the best-fit line to create a plateau very similar to the one in the actual data from the Calment cohort as they reached extreme old age.

In a second model, he added mistakes to the Calment cohort, but instead of projecting future mortality using the best-fit line, Newman relied on the actual data about when people died, including at very old ages. He found that doing this created a plateau that deviated even more from the log-linear model.

Age-recording errors can theoretically lead to plateaus in very old ages, Newman and other demographers have suggested, because at those extreme ages, most people with age underestimation errors have already died, meaning that people with age overestimation errors—whose mortality rates correspond to their true, younger ages—make up a greater and greater proportion of the data and drag down apparent mortality rates.

Errors could occur not just by misrecording births and deaths but also by fraud—for example, a younger sibling stealing the identity of an older sister after she dies to collect the late sibling’s pension check.

There have certainly been cases of vital-records errors. For example, Newman notes, an American woman named Carrie White was known as the world’s oldest woman for a time, but it was later revealed that her age had been inflated from 102 to 116 when her birthdate was misrecorded at a mental institution. But it’s unknown how frequently errors in vital data occur, Newman admits. Accordingly, it’s hard to say how the error rates Newman introduced compare to those in actual mortality data.

Finally, in a separate comment, Newman suggests that the post-105 plateau that Wachter and colleagues observed in the Italian data could also be explained by demographic errors. Newman also takes issue with the best-fit line used in the paper to describe mortality rates before the plateau.

In a response published in the same issue as Newman’s comment, Wachter argues that Newman’s model predicts a “wildly implausible” rate of age misreporting.

“If we tried to apply Saul Newman’s model to our data, that would be claiming that every one of the 118 people we observe over the age of 110 was really born 10 years after the entry shown in their birth registration. And that’s just absurd,” Wachter tells The Scientist. He adds that in his dataset, there are birth and death records for all of the 110-year-olds and that, combined with the particular way births were recorded at the time (in handwritten books kept by village officials, one volume per year), virtually eliminates the possibility of errors.

Newman counters that these errors could occur not just by misrecording births and deaths but also by fraud—for example, a younger sibling stealing the identity of an older sister after she dies to collect the late sibling’s pension check. Pension fraud is, in general, a valid concern for demographers, Rose notes. “For example, in Japan . . . there’s a lot of evidence that some of the . . . extreme Japanese longevity and therefore the associated slowing in the aging rate is due to systematic fraud because of the dependents of the elderly person continuing to collect their old-age pension long after in fact they died.” In 2010, The New York Times reported that a Tokyo centenarian was found dead and hidden while his family continued to collect his pension check. And the woman thought to be Tokyo’s oldest at 113 was revealed to be missing, as were many others recorded as being over age 100. After a survey to investigate, thousands of people who were listed as living centenarians were unaccounted for, and many of them were presumed dead, The Guardian reported.

Newman doesn’t present any specific fraud claims against the Italian data, though he notes that age fraud, such as for purposes of draft evasion, could be relevant. “I’m suggesting here that because you can’t detect these these kinds of paper errors, you have no guarantee that all of these people in these supercentenarian databases—you have no guarantee that they’re not all errors,” Newman says.

“In one instance, both of them I think have good arguments,” says Rose. “But my perspective . . . is basically this argument is a waste of time.” Rose believes that it’s only with data from model organisms, not with human data, that scientists can learn whether some animals, including humans, stop aging. “The human data will fundamentally always be unreliable,” he says. Historical factors that affect mortality, such as world wars and influenza epidemics, could also distort human results, he notes. “The last organism I would want to study late-life mortality plateaus in is humans,” he says.

Despite all the potential messiness of human data, Rose does believe that mortality rates plateau in humans and that mortality plateaus, as a phenomenon, represent a very significant discovery.

“If it is in fact the case, that human aging comes to a stop and doesn’t just continue forever until everybody’s dead, then basically the problem of creating greatly extended human lifespans comes down to two things,” Rose says. The first is to make aging plateau earlier and the second is to decrease the mortality rate on the plateau. “Now that is a consequence of vast importance. Not immediately, but eventually.” 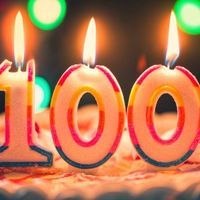