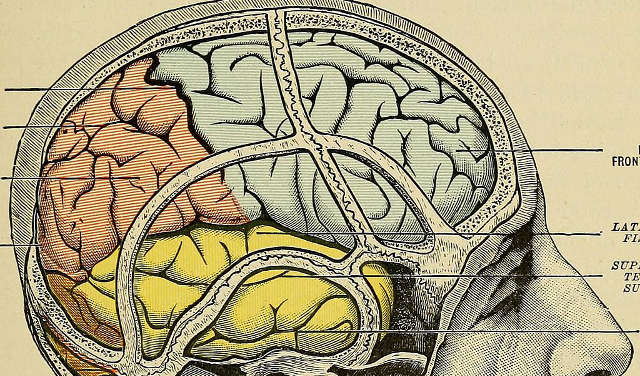 WIKIPEDIA, INTERNET ARCHIVE BOOK IMAGESVerubecestat, an experimental Alzheimer’s drug developed by Merck Labs, is currently being tested in two ongoing Phase 3 trials. New results published today (November 2) in Science Translational Medicine provide “a summary of the discovery and early-stage profiling of what we hope is going to be a new therapeutic for Alzheimer’s,” Merck pharmacologist Matthew Kennedy told Scientific American. “It represents well over a decade of investment in this project by many, many scientists.”

The drug aims to block the production of plaques that are thought to promote Alzheimer’s disease–associated neurodegeneration. It does so by attaching to BACE1 (beta-site amyloid precursor protein cleaving enzyme 1), one of two enzymes that cleaves amyloid precursor protein (APP) into amyloid-β. Verubecestat reduced levels of amyloid-β in the blood and brains of rats and monkeys with no signs of toxicity, and proved safe and tolerable in a small, Phase...

“This is the first detailed report of what a BACE inhibitor does in humans,” Harvard Medical School’s Dennis Selkoe, who was not involved in the work, told Scientific American. “The good news is they didn’t see evidence so far of any of the side effects we’re concerned about with BACE inhibition.”

Verubecestat is not the first BACE1 inhibitor to be tested for Alzheimer’s disease, but challenges including delivering the drugs across the blood-brain barrier and avoiding unintended side effects have prevented any such compounds from yet making it to market. One reason Merck’s drug has shown the most success to date is because, at the doses given, it does not fully inhibit BACE1 activity, Vassar told Scientific American. “It might be you only need a little bit of BACE active in the brain and body to prevent side effects.”

Thanks to these promising results, verubecestat is the first BACE1 inhibitor to be tested Phase 3 trials. Two such trials are ongoing, together involving some 3,500 patients. Participants assigned to treatment groups will receive the drugs for 18 months or two years. “It’s really the first molecule of its kind to combine Ab[amyloid-β]-lowering potency with a very positive safety profile that allows us to treat patients for the time needed to determine if there will be clinical benefits on cognition,” Kennedy told Scientific American.