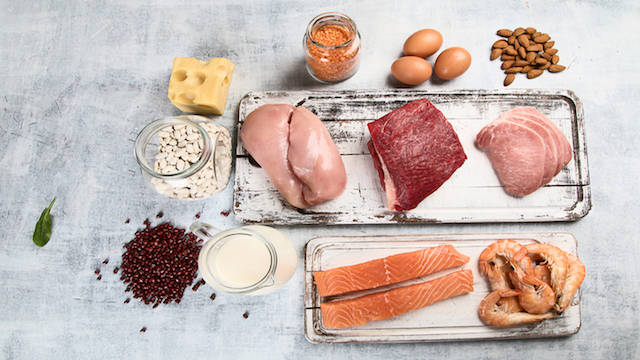 Before newborn screening was introduced in the 1960s, phenylketonuria, a rare, inherited condition in which the body is unable to properly metabolize the amino acid phenylalanine, was a devastating disease. Without treatment, the buildup of phenylalanine, a key component of proteins we eat, had toxic effects on neural and cognitive development. As a result, patients often developed severe mental disabilities as well as seizures, behavioral problems, and psychiatric disorders.

The ability to identify patients with phenylketonuria (PKU) at birth—and to treat them with low-phenylalanine diets—has resulted in a “much better outcome for individuals with PKU than before,” says Francjan van Spronsen, a pediatrician specializing in inherited metabolic diseases at the University of Groningen in the Netherlands. “Acknowledging that, we have to consider that the dietary treatment is socially very difficult to adhere to.”

People with PKU need to strictly limit the phenylalanine they consume through their...

After decades of little progress in coming up with a non-dietary intervention, patients may soon have more options. New treatments, including an enzyme-substitution drug approved for adults last week (May 24) by the US Food and Drug Administration (FDA) and genetically engineered probiotics currently in clinical trials, aim to help patients better control their levels of phenylalanine while lifting the reins on their strict dietary regimes.

Keeping blood phenylalanine within the range recommended by the American College of Medical Genetics and Genomics can be difficult, especially for adults. A 2015 survey conducted by the NPKUA found that more than 60 percent of adults with PKU reported higher-than-recommended levels, compared to 25 percent of individuals under the age of 18 (the condition affects approximately 1 in every 10,000 to 15,000 newborns in the U.S.) Adults may find it more difficult to adhere to the PKU diet for a number of reasons, the authors suggest, including the absence of parental oversight and a lack of insurance coverage for medical foods.

So much about how we experience new places and celebrate with friends centers around food. So PKU is very isolating.

Until this most recent approval of an enzyme substitute called pegvaliase (Palynziq), one of the only non-diet therapies available was BioMarin’s Kuvan (sapropterin dihydrochloride), a replacement cofactor approved by the FDA in 2007 that binds to and enhances the activity of phenylalanine hydroxylase (PAH), an enzyme that metabolizes phenylalanine. “While Kuvan has been helpful to some people, it doesn't really benefit the large portion of our community, and many of those people are still struggling,” says Brown. “For most people, even on Kuvan, they still have to take medical foods.”

In general, Kuvan is more successful for patients with milder forms PKU, says Shawn Christ, a professor of clinical neuropsychology at the University of Missouri. (Christ occasionally works with BioMarin as a paid consultant and has received funds from the company for research.) The leading theory of why this is, he explains, is that because people who have less severe forms of the disease still produce PAH—although in lesser amounts and with reduced efficiency compared to healthy individuals—the drug can help enhance the activity of the existing enzyme. In severe forms of PKU, however, the body produces no PAH at all, or does so in forms that are too degraded to be salvaged.

BioMarin’s Palynziq, on the other hand, is an enzyme that metabolizes phenylalanine, replacing the PAH enzyme that is deficient in PKU patients. “It is great that the FDA has approved . . . [Palynziq],” van Spronsen writes in a follow-up email to The Scientist. “We have heard very promising results [that patients’] whole lives have changed, as now at least some of them can do without [specialized] diets or have increased their phenylalanine tolerance to a large degree.” (Van Spronsen was not involved in developing the drug, but he is on BioMarin’s advisory board and has received research funding from the company.)

Currently, Palynziq is approved only in the U.S and solely for use in adult patients with uncontrolled phenylalanine levels. It comes with a black box warning due to the risk of anaphylaxis, a severe allergic reaction that can be fatal without immediate treatment. BioMarin has stated that the therapy is expected to cost approximately $192,000 per year. The company did not provide an interview after multiple requests.

“What I would like to see is a treatment for all patients at all ages,” van Spronsen tells The Scientist. “So I hope that BioMarin can prove that [Palynziq] is safe and efficacious during pregnancy and in young children.”

Synlogic, a Massachusetts-based biotech that spun out of MIT, hopes to treat individuals with PKU using a genetically engineered bacterium.

The company is working to reprogram Escherichia coli Nissle—a probiotic widely used as a supplement that’s been isolated from the human microbiome—to remove phenylalanine that builds up in the blood. Developers there are inserting genes from other gut bacteria, including one coding for a phenylalanine transporter that can bring phenylalanine into cells and others that encode enzymes that convert the amino acid into metabolites.

“I think there’s a lot of interest in general in the microbiome, and so we’re really excited about the possibly of a genetically modified probiotic to treat PKU,” says Brown.

Like Palynziq, Synlogic’s product, dubbed SYNB1618, aims to allow patients the freedom to choose from a wider variety of foods. “We see this as a two-step process,” Aoife Brennan, chief medical officer of Synlogic, tells The Scientist. “The first step is to get patients’ blood phenylalanine under control. The next step is to relax the diet, and the hope is that with this product, patients who are in control will be able to add natural protein into their diet.”

Right now, the more options we can give for families with PKU, the better.

According to Brennan, studies in mouse models of PKU and healthy nonhuman primates have shown that SYNB1618 is able to successfully lower phenylalanine levels after the animals were injected with the amino acid. Because the bacteria don’t set up shop in the body long term, patients would need to take the drug every day.

SYNB1618 received a fast-track designation from the FDA this April, and it is currently in a Phase 1/2a clinical trial on adults. While the preclinical data are promising, “there’s a lot that’s still unknown at this stage,” says Brennan.

Although the ability to increase patients’ natural protein intake is the primary goal for the field, the “holy grail of treatments” would be a cure, such as gene therapy, Christ says. Although some companies, including BioMarin, are currently investigating such techniques, “were just not there yet,” he adds.

“Right now, the more options we can give for families with PKU, the better,” Christ tells The Scientist. “We’re giving options that might fit different lifestyles, different situations, which ultimately [we hope] will raise everybody’s quality of life.”