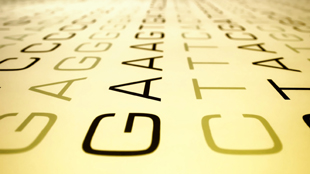 A newly identified form of DNA—small circles of non-repetitive sequences—may be widespread in somatic cells of mice and humans, according to a study in this week’s issue of Science. These extrachromosomal bits of DNA, dubbed microDNA, may be the byproducts of microdeletions in chromosomes, meaning that cells all over the body may have their own constellation of missing pieces of DNA.

“It’s an intriguing finding,” said James Lupski, a geneticist at Baylor College of Medicine in Houston who did not participate in the research. Most DNA studies use cells drawn from blood, but that snapshot of a person’s genome may not be giving a complete picture, Lupski explained, if cells in other organs have their own set of chromosomal snippets missing.

But the findings do not surprise Sabine Mai, who studies genomic instability at the University of Manitoba. Extrachromosomal DNA is a well-studied phenomenon in cells...

Anindya Dutta, who studies DNA replication at the University of Virginia, and his colleagues were aiming to investigate intrachromosomal shuffling of genes in mouse brain tissue—where recombination at homologous sequences could create extra loops of DNA—but the widespread nature, size, and sequences of the DNA they turned up surprised them.

After purifying the nuclear DNA from mouse brain tissue samples, the researchers targeted and digested the linear DNA, leaving only circular pieces behind. After enriching and sequencing the circular DNA, the scientists saw that they the circles tended to be small, most 200-400 base pair long, and non-repetitive. Dutta argues that this distinguishes them from previously characterized extrachromosomal circles, like small polydispersed DNA, which are often enriched for repeated sequences. They repeated the experiment with other mouse tissues and human cell lines.

Going back to the linear DNA they had originally discarded, Dutta’s group was able to correlate microDNAs with specific locations where microdeletions had occurred, suggesting that bits of DNA were being excised from the genome and forming independent circles. If true, that would mean that somatic tissues are subject to a higher and more widespread degree of mosaicism than previously thought, said Dutta, meaning that the genomic DNA in the cells of a given tissue don’t all match.

Such a phenomenon could explain certain difficulties in identifying disease-causing alleles, Dutta said. If a microdeletion in some brain cells has disrupted a gene and contributed to cognitive decline, for example, thoroughly sequencing all the cells in your blood won’t identify the genetic culprit.

It’s unclear what processes underlie microDNA formation, but it’s most likely they occur during DNA replication or repair. Beyond that, the researchers determined that microDNAs are rich in cytosines and guanines, and tend to cluster at the 5’ untranslated areas, exons, and CpG islands. To Dutta, this information suggests the possibility that nucleosomes important for gene regulation may be involved. These tend to be fall in the 5’ end of genes, and DNA wrapping could explain microDNA size, which roughly corresponds to the length of DNA entwined on a nucleosome. What DNA repair processes are being used to produce microDNA is ripe for investigating, said Dutta

Lupski would also like to see data surveying how microDNAs vary across the population, which could lend clues to the potential consequences of widespread microdeletions in somatic tissues. Though this will be a difficult undertaking in human populations, the apparent ubiquity of microdeletions has serious implications for DNA replication and repair, Dutta agreed. “It’s not as perfect as we tend to believe; it’s sloppy.”