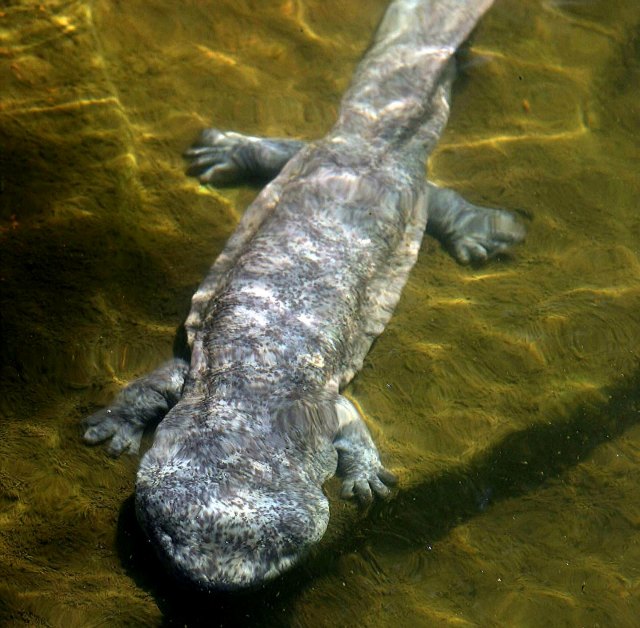 “After surveying 97 sites, we found salamanders in only four localities,” Andrew Cunningham, a conservation biologist at the Zoological Society of London and coauthor of one of the studies, tells Wired. The salamander was already featured as critically endangered by the International Union for Conservation of Nature and has apparently almost vanished from its freshwater home in China, Cunningham and his colleagues report.

Previous studies had hinted at the Chinese giant salamander’s underlying diversity. In the second report out today, Cunningham and an overlapping group of researchers genetically analyzed more than 1,000 tissue...

According to The Atlantic, the salamanders’ reluctance to travel means the five species have evolved independently over millions of years and have adapted to their respective habitats.

Commercially bred Chinese giant salamanders have been periodically released into freshwater systems—their native habitat—to repopulate them as a conservation measure. In keeping with this, Cunningham tells Wired, “most or all” of the salamanders found at these sites genetically match those released from farms, “rather than representing native wild populations.”

Smithsonian.com reports the newly discovered variants may not survive equally well in all environments, and releasing captive-bred animals into the wild has likely contributed to the extinction of native species. Amy McMillan, a biologist at SUNY Buffalo State College who was not involved in either study, tells Smithsonian.com, “If you have a small population, and you throw in a hundred new individuals, you can genetically swamp out that adapted population in a very short period of time.”