The device: As a proof-of-concept model, researchers at the Georgia Institute of Technology have mounted a camera in a system that acts like real muscles, allowing the camera to mimic the delicate movements of the eye. While traditional systems of robotic movement (called actuators), like motors or pneumatics, are rigid, graduate student Joshua Schultz and supervisor Jun Ueda used piezoelectric materials—elastic ceramics—to create a system that is more flexible, and thus more human-like, a goal of robot builders looking to improve human-robot interactions.

Piezoelectric materials expand or contract when electrical impulses are applied, but the displacement is usually uselessly small. But by combining many small stacks of materials into a larger array, with each system nested inside another, Schultz and Ueda built a device that is small and flexible. Different stacks of piezoelectric units are activated individually, allowing the researchers to selectively trigger more or fewer units to direct movement,...

What's new: Layers of piezoelectric materials have been stacked together before, but more units used to mean longer arrays, so that in order to get the degree of motion typical of the human eye, the device "probably wouldn't fit in a room," said Schultz. Not only is the new arrangement much smaller, but by nesting the units, the output of one unit serves as input to the next, amplifying the applied force and allowing greater efficiency in movement. In the real human eye, muscles expand and contract to create movement, as do the piezoelectric materials used in this new robotic eye.

Importance: "Anywhere that you need a force or displacement, you can use this type of actuator," said systems evaluation engineer Tom Secord of Medtronic. "It's very broadly applicable." The robotic eye could be used in surgery, to make video feeds more intuitive, as well as provide insights into how the real human eye functions. Mimicking human muscles is also important for creating more realistic robots, which can improve robot-human interactions, such as when robots are used in rehabilitation for strength or resistance training. Traditional robots will push rigidly against any outside resistance, and usually require software to correct for this, but the new mechanism allows for some built-in flexibility. As a result, arm wrestling with an robot fitted with piezoelectric muscle action will feel more like pushing against a real person, rather than trying to push over a brick wall.

Needs improvement: While the artificial eye has realistic muscle movement, it presently only moves side-to-side, and there is still an engineering challenge in designing a system that allows the camera to twist, like a real eye. Joints like elbows only have one direction of movement, but the constant input of new force from outside (for example, your opponent pushing back in an arm-wrestling match) constantly challenges the system. The team is also experimenting with compressing the rhombuses in different directions, to determine which is the optimum angle for harnessing force for movement.

Details of the research were presented last month (June 25) at the IEEE International Conference on Biomedical Robotics and Biomechatronics in Rome, Italy. 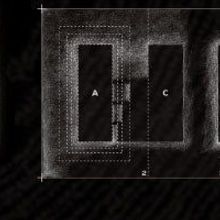