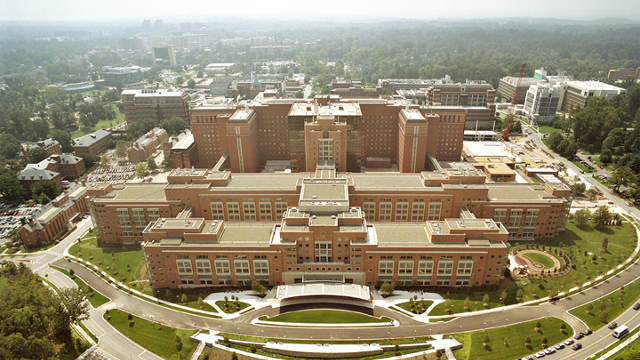 WIKIMEDIA, NIHFollowing input from hundreds of scientists, the National Institutes of Health (NIH) has indicated that preprints are welcome in grant applications. “Interim research products can be cited anywhere other research products are cited in all NIH grant proposals,” Megan Columbus, director of communications and outreach and program manager for the electronic submission of grant applications within the NIH’s Office of Extramural Research, wrote in an email to The Scientist. In a March 24 announcement, the agency noted that this newly outlined policy would be in effect for applications submitted for the May 25, 2017 deadline and thereafter.

“It’s hard to overstate the significance of the NIH’s new policy,” Jessica Polka, director of ASAPbio, a group that advocates for the use of preprints, wrote in an email. “It will incentivize tens of thousands of applicants and awardees to not only list interim research products...

In its announcement, the NIH noted that it “has never restricted the materials that can be cited in the reference section of a research plan.” But this latest statement—which includes definitions of preprints and registered protocols (so-called interim research products), guidance on where to deposit them, and rules for how to cite such materials—signaled the agency’s willingness to consider non-peer-reviewed works in grant-making decisions.

“In this regard, it is the most detailed funder preprint policy out of those that ASAPbio has tracked so far, and it is poised to serve as a model for many other funder and university policies worldwide,” Polka wrote.

The U.K.’s Medical Research Council (MRC) in January announced that it would consider preprints as part of grant proposals. “This is not a major policy change. What we’re doing now is making it clear that applicants can submit preprints, and that we actively encourage it,” Tony Peatfield, director of corporate affairs at MRC, told The Scientist at the time.

One month before, in December 2016, the U.S.-based Federation of American Societies for Experimental Biology (FASEB) said it did “not support the inclusion of preprints or interim research products in NIH grant applications.” The organization’s position is that grant reviewers would face additional burden when evaluating the rigor of preprints while assessing federal funding applications.

“Our organization’s position on the NIH announcement has not changed,” FASEB’s director of public affairs, Howard Garrison, wrote in an email today (March 27). “Use of preprints in other settings remains under discussion by FASEB and its member societies.”

Wayne Riekhof, an assistant professor of biological sciences at the University of Nebraska–Lincoln, wondered aloud how grant reviewers would weigh non-peer-reviewed contributions. “Question is whether study sections will take them [seriously] or subtly tut tut them,” he tweeted.