ABOVE: The William J. Natcher building on the NIH campus
FLICKR, WLADIMIR LABEIKOVSKY

In an apparent security crackdown, the National Institutes of Health is requiring visitors to reveal their citizenship and has recently blocked two Iranian scientists who came to give presentations from entering its campus, The Washington Post reports.

One incident, reported in a complaint from a group representing NIH scientists, involved a graduate student from Georgetown University who came for a job interview. After being detained at security, he was allowed to enter the campus. But prior to his talk, NIH police removed the student from a lab and escorted him off the premises.

In the second incident, a man who remains anonymous but whom the Post identifies as a brain researcher, says he was ordered to leave the campus then later offered an “exception” to give his talk to NIH scientists. He says he worked at NIH between 2009 and 2014 on an H-1B visa and had visited the campus two months ago. “I am very surprised and disappointed that there are all these restrictions,” he tells the Post.

The policy of requiring visitors to disclose their citizenship to enter is not new, according to NIH officials. However, a sign was recently posted at NIH’s Gateway Center to draw attention to it.

Both Iranian scientists have green cards, US driver’s licenses, and have visited the NIH in the past without problems. “These individuals have already been vetted,” says Ryan Costello of the National Iranian American Council, to the Post. “They’re green-card holders, they have been participating in U.S. life for years, contributing to scientific knowledge. It’s really ridiculous to be suspected solely on their national origin.”

The policy raises concerns about racial profiling and scientists fear the apparent change in enforcement may stifle a highly collaborative environment with staff and visitors from all over the world. One NIH researcher, G. Marius Clore, is quoted as saying the incident with the student is “something that [NIH leadership] needs to address right away. If this sort of thing gets out, nobody is going to want to come and work at NIH,” according to a summary of his complaint to the NIH the Post obtained.

NIH spokeswoman Renate Myles tells the Post that both Iranian citizens were lacking proper paperwork and that the policy of having visitors disclose their citizenship should be applied uniformly. Iran is one of four countries, in addition to Syria, North Korea, and Sudan, considered state sponsors of terror by the US Department of State. Visitors from these nations have long been required to obtain permission to visit institutions that are part of the Department of Health and Human Services, which include the NIH, Myles says.

NIH staff say that they have never had to field questions about their citizenship. “If I forget my ID, I have to go to the Gateway Center [security building] like anybody else,” one American scientist tells the Post. “They give me a temporary day pass. They’ve never asked me my nationality. So I don’t know how they decide who gets asked.” 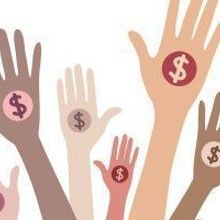