It’s a problem all earthly life forms must solve: where to get nitrogen? From plants to people, the element is a crucial building block of DNA, proteins, and other biomolecules. “Carbon, nitrogen, [and] phosphorus are the big three things that you totally need to put biomass together,” says Connie Lovejoy, a microbial ecologist at Laval University in Quebec.

But only a select group of microbes, known as diazotrophs, can pluck N2 gas from the air or dissolved N2 in water and convert it into ammonium, a process called nitrogen fixation, so that it can then be used to build other biomolecules. Most of the rest of us piggyback on their labor in some way, and, to a smaller extent, on nitrogen-fixing chemical reactions catalyzed by lightning and volcanoes. Nitrogen fixation “is really energy-expensive,” because it necessitates breaking the triple bond between two nitrogen atoms, explains Deborah Bronk, a chemical oceanographer who leads the Bigelow Laboratory for Ocean Sciences in Maine. 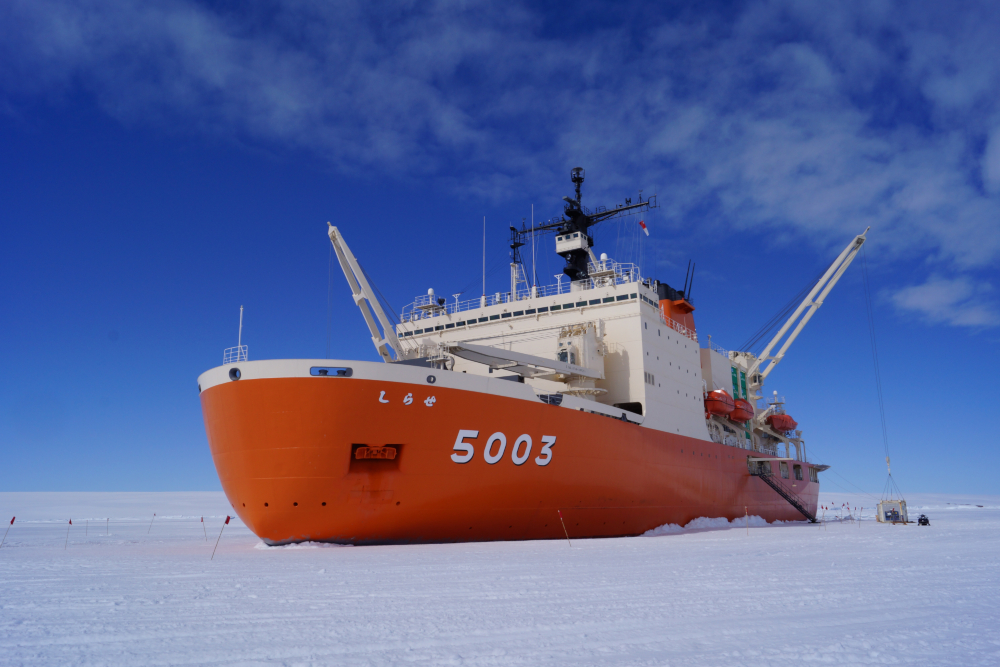 The SHIRASE research vessel used for the study
TAKUHEI SHIOZAKI

It was long assumed that in the ocean, only warmer realms could harbor diazotrophs, and that microbes in colder regions would need to scavenge previously-fixed nitrogen from molecules in the water. It’s not clear why scientists thought this, says Bronk, who a few years ago searched the literature for the origins of the idea. “I couldn’t find the basis of why it was so entrenched,” she says.

In 2012, however, Lovejoy and her colleagues reported that Arctic seas are in fact home to diazotrophs, and since then, Bronk’s group and others have reached the same conclusion. In a study published October 26 in Nature Geoscience, a Japan-based research team finds diazotrophs at work in the Antarctic, too, specifically, in waters near sea ice.

The study came about when senior author Naomi Harada, a geochemist at the Japan Agency for Marine-Earth Science and Technology, was put in charge of an Antarctic research expedition, coauthor Takuhei Shiozaki writes in an email to The Scientist. Shiozaki, a marine microbiologist who worked with Harada at the time and is now at the University of Tokyo, went along on the voyage, and collected ocean water samples at 21 spots in the open ocean and closer to the coast. The study team extracted DNA and RNA from microbes in the samples and looked for the gene for the nitrogen-fixing enzyme, nitrogenase. They identified some of the microbial species present and tested directly whether the cells in each of the samples were fixing nitrogen, and at what rates.

Nitrogenase needs iron to fix nitrogen, and unlike in the Arctic, there’s little iron available in the sea around Antarctica. In addition, concentrations of compounds containing fixed nitrogen are high in those waters, which would seem to mean that being able to fix their own nitrogen wouldn’t give diazotrophs much of a competitive advantage over non-diazotrophs.

Bronk, who was not involved in the study, says it’s surprising that nitrogen fixation occurs in the Antarctic seas, given the conditions of low iron and high availability of already-fixed nitrogen in the form of nitrate, and she agrees that the iron locked in sea ice is a likely part of the explanation. There’s little iron present in Antarctic winds, she notes, but over long periods of time, “it’s going to accumulate a fair bit of dust in that ice. And if you melt that ice, then, over the course of a decade, it’s releasing iron in [to the ocean] much quicker than it would come in from the air.” But that still doesn’t explain why microbes would fix nitrogen when there’s plenty of nitrate around, she adds. 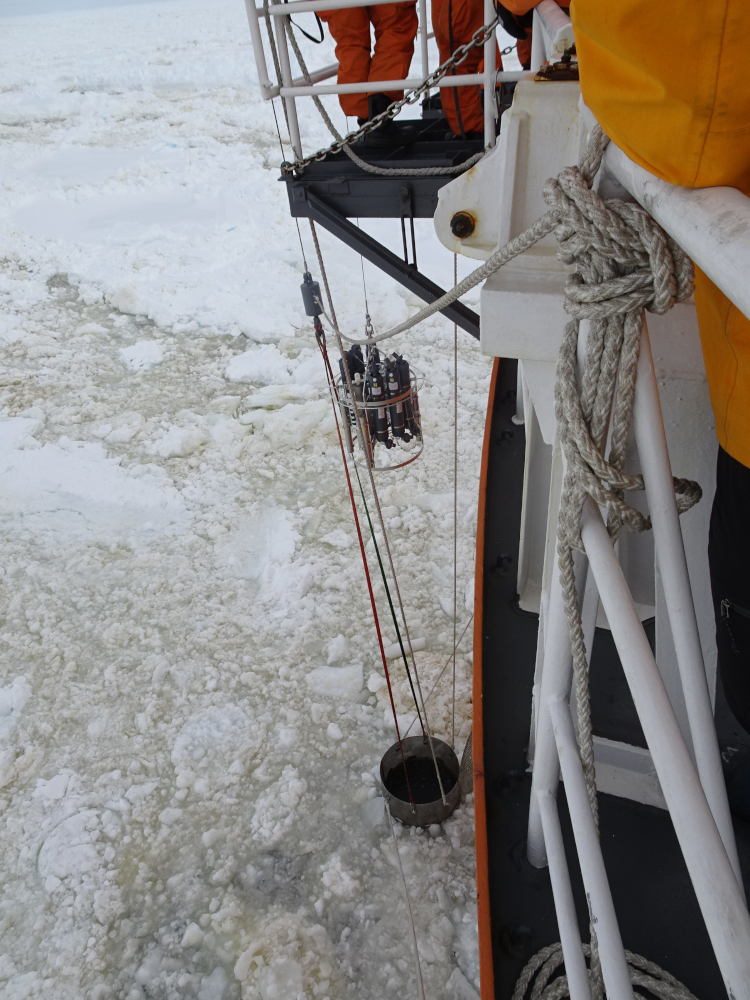 Lovejoy, who also was not involved in the study, says it’s not unexpected that there is some diazotroph presence in Antarctic waters. “I think it’s just a matter of maintaining some sort of diversity in the ocean, that you’ll always have a residual number of organisms that still have that gene and are able to fix nitrogen,” she tells The Scientist. But as to whether they use that ability under a given set of conditions, “it’s always been a little bit of a debate as to what drives nitrogen fixation in general,” she notes. “And that’s true in both freshwater and marine systems.”

For Shiozaki, the finding that nitrogen fixation occurs at the bottom of the globe is notable, but he is more struck by who’s doing the fixing. “The most surprising thing is that the cyanobacterium UCYN-A was the major diazotroph,” he says, as that microbe has previously been found in tropical and subtropical waters, as well as the Arctic Ocean. “This means that UCYN-A [is distributed] all over the world, from tropics to polar regions.” Lovejoy likewise finds this to be the study’s most surprising finding. Microbes that are able to live in both temperate oceans and in polar regions “are very, very rare,” she says.

In future studies, “we need to investigate why UCYN-A is able to thrive in such a wide range of temperature and what limits their nitrogen fixation,” Shiozaki writes. “This will allow us to predict how ocean nitrogen fixation will change with climate changes.”