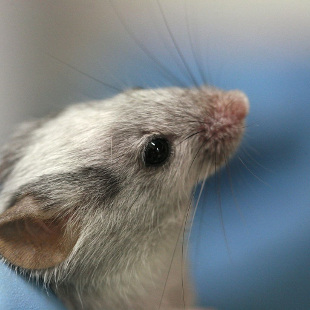 WIKIMEDIA, RAMAIt is well-known that advancing age comes with aches and pains, but new research suggests that a pain receptor in turn promotes metabolic problems and aging. Mice lacking the pain receptor TRPV1 live longer than controls and have more youthful metabolisms, according to a study published today (May 22) in Cell. The results indicate that over-activation of TRPV1—which responds to extreme heat, inflammation, and other stressors—may contribute to aging and aging-related glucose-processing problems.

“The most provocative data is just the longevity,” said Gerard Ahern of Georgetown University, noting that the connection between TRPV1 and lifespan is “very novel and perhaps unexpected.” Ahern was not involved in the study.

“As the human population gets older it reports that it’s actually in more pain,” said study coauthor Andrew Dillin, a molecular and cell biologist at the University of California, Berkeley. “Are they reporting in more pain because as...

Researchers previously found that chronic pain correlates with shortened lifespan in humans. Past research also demonstrated a connection between TRPV1 and metabolism, including the observation that mice lacking TRPV1 are less likely than controls to become obese when fed a high-fat diet.

While searching for an explanation for the mutant rodents’ longevity, the researchers discovered that the animals responded to glucose extraordinarily efficiently even once they reached advanced age. Young mice with healthy metabolisms rapidly clear glucose from their blood streams, while it tends to linger in older mice with metabolic disorders. The mice without TRPV1 were able to produce spikes in insulin and to clear the glucose throughout their lives, whereas the control mice were less able to ramp up insulin production to clear glucose as they aged.

Curious about how TRPV1 influences insulin production, the researchers switched to another model organism: Caenorhabditis elegans. When C. elegans lost the worm equivalents of TRPV1, the mutant worms lived up to 32 percent longer than did controls.

“The current work reveals an amazing parallel in longevity mechanisms between C. elegans and mammals, highlighting the value of using simple invertebrate model organisms for medical research,” Shawn Xu, a neurobiologist and geneticist at the University of Michigan who was not involved in the research, wrote in an e-mail to The Scientist.

Through experiments in both C. elegans and mice, the researchers found that overactive TRPV1 reduces longevity through setting off a calcium-signaling cascade. In mice, this eventually leads to over-production of the neuropeptide CGRP in sensory neurons that innervate the pancreas. The presence of CGRP in these neurons suppresses insulin secretion. As a final test, the researchers blocked CGRP in elderly wild-type mice. Following sustained treatment, the animals’ metabolic functions began to resemble those of younger mice.

Dillin hypothesized that TRPV1 is overactive in older mice due to chronic inflammation, which is known to activate the pain receptor and is a hallmark of type 2 diabetes.

Pharmaceutical companies have already tried to develop drugs to suppress TRPV1 in attempts to alleviate chronic pain, according to Ahern. Unfortunately, people taking TRPV1 antagonists sometimes ignore dangerously hot sensations and develop hyperthermia, which has led to the discontinuation of some clinical trials. Still, alternative approaches could produce a safe TRPV1-targeting drug.

Drugs targeting CGRP, currently in development to combat migraines, are another promising alternative. But Dillin notes that taking a drug for acute pain and taking a drug to treat more chronic conditions like metabolic problems are quite different. CGRP would need to be proven safe and effective for long-term treatment of metabolic problems. “It’s just not known if these compounds could be safe every single day,” said Dillin.

“It is still an animal study,” said Ahern. “How much you can apply to humans is another leap.”