Novartis, Sanofi, and other drug companies are preparing for Brexit by stockpiling their medicines. Sanofi, the world’s lead supplier of insulin, will soon have a 14-week supply of its drugs stored in the UK, The Wall Street Journal reported on Wednesday (August 1).

“Sanofi is confident that its contingency plans will ensure that people in the UK can access the treatments they need after the UK leaves the European Union,” Hugo Fry, managing director of the company’s UK arm, tells BBC News.

Drug makers are preparing for what’s called a no-deal Brexit, where the UK will no longer be subject to EU law but will not have finalized future trade deals with European countries, meaning that there may be delays or barriers to cross-border transactions for drugs and other goods. According to Reuters, over 2,600 drugs go through at least one manufacturing stage in Britain, and each month 45 million patient packs move from the UK to other European countries, while 37 million move from those countries to the UK. Without trade deals, supply lines could get backed up.

The European Medicines Agency, an organization that performs a similar role to the US Food and Drug Administration and that is slated to relocate from London to Amsterdam following the Brexit referendum result, also has “serious concerns” about patient access to more than 100 drugs manufactured exclusively in the UK, Reuters reports.

Because so many medicinal products move between continental Europe and the UK, drug makers have repeatedly called for the pharma sector to stay in the European regulatory system. But it is still not clear if this can be negotiated. As a result, the two largest UK-based drug companies—AstraZeneca and GlaxoSmithKline—are also implementing contingency plans for a no-deal Brexit. 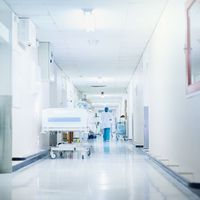