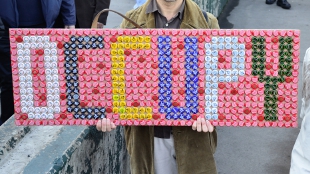 Nearly 4,500 researchers have signed an agreement to refrain from publishing in, refereeing, and/or performing editorial services for journals produced by the science-publishing behemoth Elsevier. But the publisher of several well-respected life-science journals, including Cell and The Lancet, maintains that a misunderstanding of its intentions, and not unfair business practices, are fueling the boycott.

The boycott was launched on January 21 when renowned Cambridge University mathematician Timothy Gowers detailed his criticisms of the company's business practices on his blog Gowers's Weblog. His reasons for the boycott included what Gowers referred to as the "very high prices" Elsevier charges for subscriptions to its journals, the practice of "bundling," in which academic libraries are sold package deals that include desirable as well as less than desirable journal titles, and Elsevier's support of the Research Works Act, a bill making its way through the US House of Representatives...

"I also don’t see any argument at all against refusing to submit papers to Elsevier journals," Gowers wrote. "So I am not only going to refuse to have anything to do with Elsevier journals from now on, but I am saying so publicly. I am by no means the first person to do this, but the more of us there are, the more socially acceptable it becomes, and that is my main reason for writing this post."

The blog post was tweeted, retweeted, linked in Facebook, and otherwise spread like wildfire throughout the Internet. Within days, thousands of Gowers's fellow mathematicians and other academics had signed on to the boycott at a site—http://thecostofknowledge.com/—set up by Tyler Neylon, co-founder of data analysis company Zillabyte, expressly for the purpose of collecting names in support of the anti-Elsevier stance. As of this writing, 4439 people had signed up, including more than 570 biologists.

Albert Einstein College of Medicine geneticist Brett Abrahams learned of the boycott when a friend posted a link to the cost of knowledge website on Facebook last week. Later the same day he joined the boycott himself. "When I signed on to the website there was something like 1500 names," Abrahams recalled.

Abrahams, who studies the genetic roots of autism, said that he joined the boycott for what he considers the unsustainable nature of the subscription-based publishing model for scientific research. "The notion that the government pays my salary and my colleagues' salaries and enables us to do this very expensive research and then requires separate funding for us to access our work," he said, "That's insane."

Though he admits that he's not intimately familiar with the way in which Elsevier conducts business, Abrahams said that open-access publishing is a fairer way to disseminate knowledge gained from publicly funded research. "I know very very little about Elsevier and the specifics associated with it," he conceded. "The only problem I have with them is their resistance to facing the reality of the changing environment. I don't believe that we should continue with this system rigged in the way it is now."

Younger researchers also joined the Elsevier boycott. Aspiring soil scientist and Virginia Tech grad student Nick Bonzey heard about the boycott via a post on the popular blog BoingBoing. "It was a way to show my support to end monopolistic practices by big companies like that," he said. Bonsey added that unease with Elsevier's "bundling" practices bugged him the most. "Virginia Tech struggles from keeping their libraries from sucking up too much money," he said. "If I didn’t have access to all the literature that was relevant in my field, I'd have to pay $20-30 per article. I wouldn’t be able to do my work."

Theoretical biology PhD student Joel Adamson signed up for the boycott after reading about it on Twitter. He said that seeing prominent scientists, such as renowned Masachusetts Institute of Technology computer scientist Hal Ableson, on the list influenced his decision to join. "Seeing the names of people who had already signed up was the critical thing," Adamson said. Like Bonzey and Abrahams, the University of North Carolina grad student said that the stark distinction between Elsevier's publishing model and that of open-access publishers was central to his support of the boycott. "I'm not opposed to the basic idea of subscription-based journals," Adamson said. "Day by day I see people making a bigger commitment to open-access publishing, and I don't think [Elsevier] can stand up for very much longer with their business model."

Elsevier maintains that the criticisms are based more on a misunderstanding of the company's goals and strategies than a truly flawed or unethical business model. David Clark, Elsevier's senior vice president for physical sciences, said that the boycott is still troubling to the company. "The fact that anybody wants to say that they don't want to work with us is something that is going to cause us concern," he said. "I wouldn't underestimate just how alert we are when people have this negative sort of reaction."

But Clark rebutted the criticism voiced in Glowers's blog post, starting with the claim that Elsevier's subscription prices are too high. "Our list prices, on a price per article basis, are absolutely on the industry average," he claimed. "This image of these journals becoming more and more expensive and less and less accessible simple isn't true."

Clark also refuted the notion that Elsevier was forcing institutional libraries to buy bundles of journal titles and ruthlessly negotiating those deals. "If you look at what libraries choose to do, they do choose to take some of these packages," he said. "We're not in the business of forcing people to take journals." Clark added that libraries have the option of purchasing each of Elsevier's publications individually if they don't want to buy bundled packages.

Clark defended the company's decision to support the Research Works Act through its membership in the Association of American Publishers, a trade group that is lobbying for passage of the legislation. "We want to have a voluntary relationship, and we want to encourage authors to get their work out and disseminated," he said. "We're not wild about government mandates," such as the NIH's mandate that any research supported with public funds be submitted to the publically accessible digital archive PubMed Central upon acceptance for publication in journals. "But I don't think any other publisher is wild about that either."

Elsevier posted a statement echoing Clark's stance on the Research Works Act (RWA) this past weekend. "We are against unwarranted and potentially harmful government laws that could undermine the sustainability of the peer-review publishing system," the statement reads. "The RWA’s purpose is simply to ensure that the US government cannot enshrine in law how journal articles or accepted manuscripts are disseminated without involving publishers. We oppose in principle the notion that governments should be able to dictate the terms by which products of private sector investments are distributed, especially if they are to be distributed for free."

The boycott, Clark added, largely boils down to academic authors failing to understand how the business side of Elsevier works. "I think people are misunderstanding, but I think part of the fault in that is ours," he said. "I look at the current situation, and we just need to do a better job of communicating about who we are, what we want to achieve, and how we value access and dissemination."

But academics who've signed on to the boycott are thinking about their futures in a future without Elsevier journals. "It's really frustrating because it's so much extra work now to figure out alternatively where to submit my papers," Abrahams said. The Albert Einstein College of Medicine geneticist noted that he'd have to balance his own stance on Elsevier with the good of his students and collaborators. He admitted that if he's in a collaborative situation in which the decision of where to publish findings is not his to make, he'll likely voice his opinion but ultimately yield to the consensus, even if that means publishing in an Elsevier title. "At that point, that's going to be a very hard decision for me," Abrahams said. "Then, I don't think it's in my students, or my institution's interest to walk away."

Correction (Feb 13, 2012): The original version of this article incorrectly identified Tyler Neylon as a grad student at NYU. In truth, Neylon secured his PhD and has moved on to bigger and better things. The mistake has been fixed, and The Scientist regrets the error.