ABOVE: The sun over the Mediterranean Sea during the seawater sampling cruise
JOSEP M. GASOL

For years, scientists have thought that microorganisms that use chlorophyll capture the majority of solar energy in the ocean. In study published this week (August 7) in Science Advances, researchers show that bacteria with proteorhodopsins—proteins that capture light with a pigment called retinal—play a major role in converting light to energy, especially in parts of the ocean where nutrients are scarce.

“Chlorophyll is a big deal in the ocean, and now we’re showing that this other pigment is just as important,” says University of Southern California biologist Laura Gómez-Consarnau, a coauthor of the new study. 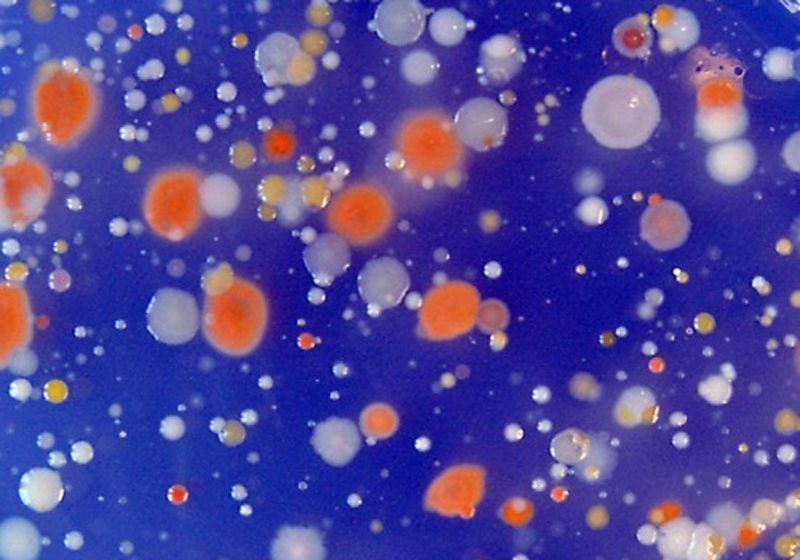 About 20 years ago, researchers discovered proteorhodopsins, which use light to pump protons out of the cell and thus generate energy as they flow back in, in ocean-dwelling bacteria....

Oded Béjà, a microbiologist at Technion-Israel Institute of Technology, was the first author on the study that first described proteorhodopsins in 2000. “We knew that this was important, but we did not realize at that time that this was such an essential group of rhodopsins,” he tells The Scientist. “This paper is actually putting numbers into it . . . that we couldn’t get before.”

The authors first developed a method to detect retinal, and then collected seawater samples from various locations and depths throughout the Mediterranean Sea and Atlantic Ocean. Because each proteorhodopsin protein binds one molecule of retinal, they used their measurements to estimate the total number of proteorhodopsins in each sample. Proteorhodopsins were most common in the nutrient-poor waters of the Mediterranean and tended to be more abundant where levels of chlorophyll were lower. 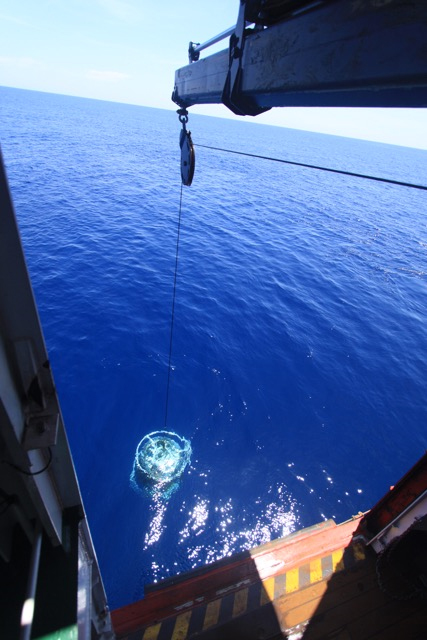 The research team kept track of where in the water column each sample came from and what the light intensity was, and then used proteorhodopsin levels to estimate how much light was trapped. These estimates reveal that proteorhodopsins likely provide enough energy for the bacteria to survive. The researchers then performed similar calculations based on the abundance of chlorophyll-a, used for photosynthesis by microscopic marine algae. They found that proteorhodopsins absorb at least as much light energy as chlorophyll-a, and in some cases have the potential to trap much more. For instance, in the eastern Mediterranean, the authors’ upper estimate of the proteorhodopsin-based solar energy captured was 107 kilojoules per meters squared per day, while the estimate for that captured by cholorphyll-a in the same region topped out at 19 kilojoules per meters squared per day.

“This is a great paper because it gives us numbers about molecules [that] are active in the system,” says Stephen Giovannoni, a microbiologist at Oregon State University who coauthored the 2011 study. It fits together that “where you don’t have carbon being produced by photosynthesis, cells are more energetically limited and this system starts to play a bigger role,” he adds, “but there are still questions about how the cells actually use that power, what role it really plays in their life cycle.”

Proteorhodopsins’ role in the global carbon cycle is also unclear, says Gómez-Consarnau. Thanks to climate change, “the oceans are getting warmer at the same time they are depleted in nutrients. What this means is that probably this process will be more important in the future. At the same time, if there are no nutrients, photosynthesis will also decrease, so we may see a rebalance in the oceans.”