A newly discovered fossil species of green algae indicates that photosynthesis originated in plants at least 1 billion years ago, paleobiologists reported in Nature Ecology & Evolution yesterday (February 24). The discovery of Proterocladus antiquus helps pinpoint what has been a very broad estimation of when the chlorophyte group of green algae, the relatives of modern plants’ ancestors, evolved. 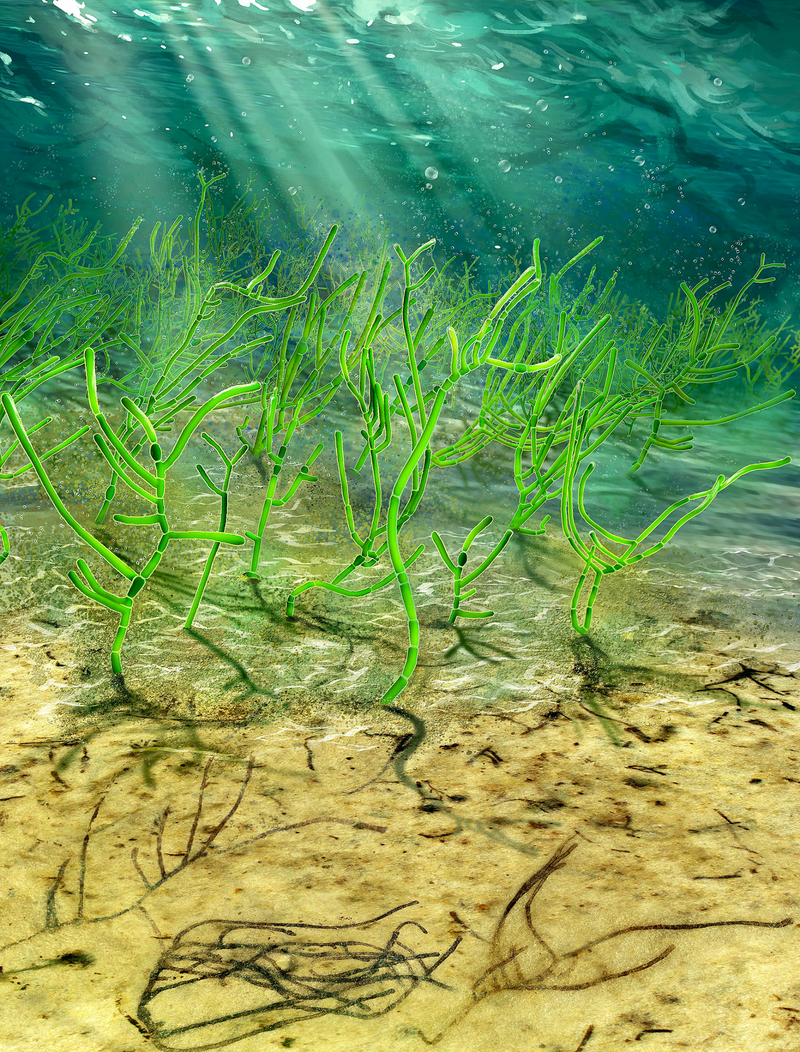 “Previously, the oldest widely accepted fossilized green algae was about 800 million years old,” Timothy Gibson, a postdoc at Dartmouth College who was not involved with the study, tells Live Science. “This work confirms what many have expected based on the existing, though sparse fossil record, which is that green algae likely existed about a billion years ago.”

P. antiquus was a marine, multicellular eukaryote with an asymmetric branched structure about 2 mm in length—making it one of the largest organisms of its time, according to The Guardian. “There are some modern green seaweeds that look very similar to the fossils that we found,” coauthor Shuhai Xiao of Virginia Tech says in a press release. “A group of modern green seaweeds, known as siphonocladaleans, are particularly similar in shape and size to the fossils we found.”

Xiao’s postdoc Qing Tang found more than 1,000 P. antiquus fossils while using a microscope to examine rock samples from the silty shale and mudstone of what’s known as the Nanfen Formation in northern China, deposited roughly 1 billion years ago. Tang tells Live Science that the algae’s oxygen production may have had a significant effect on the marine ecosystem.

“Considering the abundant occurrence of Proterocladus in the Nanfen Formation, chlorophytes may have played notable ecological and geobiological roles, at least locally if not globally, before the Cryogenian,” 720 million–635 million years ago, the researchers write in their report.