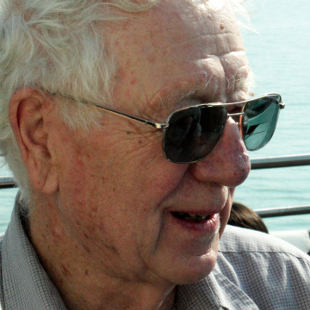 Oliver Smithies at the 2010 Nobel Laureate Meeting at LindauWIKIMEDIA, MAPOSOliver Smithies, the technologist who shared a Nobel Prize in Physiology or Medicine in 2007 for his hand in developing tools that could knock out specific genetic components in model organisms, died on Tuesday (January 10) after a brief illness at the age of 91.

Smithies’ colleagues remembered him as an adept motivator, able to inspire in others the same passion that marked his own career. Bradley Popovich, Smithies’ postdoc in the late 1980s, said that Smithies’ ability as a teacher was a logical outgrowth of his drive to innovate. “He did things that others could only dream of, and...

Smithies was born in 1925 and earned a Bachelor’s degree in physiology from Oxford, where he worked under Alexander Ogston. At the time, Smithies used electrophoresis, then a sub-par technology for studying protein interactions. In the early 1950s, Smithies moved to the U.S. and completed a postdoc in physical chemistry at the University of Wisconsin. Later he landed a job at the University of Toronto’s Connaught Medical Research Laboratory, where he worked with David Scott, who was trying to purify insulin.

Searching for a chemical precursor to insulin, Smithies became frustrated by the inadequacies of the methods of the day. Insulin is a relatively large protein and would not migrate smoothly across the buffer-soaked filter paper used for protein separation. So he started thinking of ways to improve the technology.

Smithies visited Toronto’s Hospital for Sick Children, where scientists were using starch grains as the electrophoretic medium, instead of filter paper. To improve the process even further, Smithies boiled then cooled the starch-buffer mixture to obtain a gel through which even large proteins migrated and separated readily. In so doing, he created a protein separation method that would be used in labs for decades.

Smithies used his newly created tool to explore serum and found that he could separate out twice as many known human serum proteins by running samples through a single gel. He started to see inherited differences in the serum protein profiles of healthy individuals, an insight which launched the study of normal protein polymorphisms.

Smithies moved back to the University of Wisconsin as a professor of genetics, and turned to studying homologous recombination in DNA as a way to explain the protein polymorphisms he was detecting. Along the way he developed even more tools for studying inheritance, such as novel phage vectors and nucleotide sequencing software. Then in the 1980s, Smithies devised a technique to specifically target single genes and replace them with modified versions. This was a key advance in creating the myriad knock-out and mutant mice models that continue to drive biomedical research.

“That was completely novel at the time,” said Raju Kucherlapati, a genetics professor at Harvard Medical School and Smithies’ collaborator in developing gene targeting. “It revolutionized the way people do human biomedical genetics.”

Hyung-Suk Kim, another of Smithies’ former postdocs, said that Smithies owed his success to his diverse intellectual background. “Not only [was he well-versed in] current molecular biology, he knew very much about chemistry and physics,” Kim says, “That kind of basic knowledge applied to everything [Smithies did], including making tools.”

Smithies was elected to the National Academy of Sciences in 1971 and the Institute of Medicine in 2003. In the late 1980s, he moved to the University of North Carolina at Chapel Hill, where he became the Excellence Professor of Pathology.

Even with all this scientific accomplishments, Smithies remained humble and purposeful with regard to his work. “Oliver didn’t really care if anyone knew his name,” remembered Popovich. “He was doing it for his own intellectual curiosity and because he felt he was making useful contributions to the fields of genetics and medicine.”

This is perhaps best illustrated by the fact that Smithies never sought to patent the numerous technologies and tools he developed to answer biological questions. “He could have patented many things, but that wasn’t the goal,” said Kucherlapati. “The goal of his science was not advancement in position or fame, but real curiosity about the problem he was studying.”