Delhi has been ranked the most-polluted megacity for many years in a row by the World Health Organization’s annual list of dirtiest metropolises. The capital city has received criticism for not doing enough against the air pollution: its residents have marched for their right to breathe; its elected chief minister has called the city a “gas chamber”; airlines have cancelled their inbound flights to Delhi; and doctors have declared the city to be in a state of a medical emergency.

The city government has responded with policy efforts, including a dedicated “green budget” in recent years. It’s then puzzling why Delhi remains trapped in this unenviable distinction. As part of my research, I have documented how Delhi’s policies have squarely failed to check worsening air quality. The reason lies in less understood, rarely debated scientific factors—specifically, gaps in the identification of pollution sources, complex meteorology, and inaccurate modeling assumptions.

The result is that policymakers and scientists are given widely varying estimates of pollution depending on the study.

There are two broad methods to estimate emission inventory to be able to figure out how much pollution is coming from each source in a city. One involves the collection of air samples from various locations and then quantification of each share of these sources. Another starts with monitoring the activities contributing to pollution (for instance, fuel consumption or construction) and then using models and meteorological parameters to understand where pollution is coming from in time and space.

The problem with these two methods rests with Delhi’s diverse emissions sources—for example, industrial, commercial, residential, transportation, etc. Further, the nature of these emission sources changes throughout the year. The data-collection efforts used so far in government-commissioned studies don’t account for these complexities, nor do they factor in the contribution of unregulated and unaccounted sources. For instance, a recent study shows that during the summer about 74 percent of the particulate matter 2.5 micrometers in diameter or smaller comes from sources outside the city.

Even within the city, data collection is extremely limited. For example, the most comprehensive study done for Delhi to date was by IIT Kanpur, which uses only six hotspot locations for a limited period of the year. The result is that policymakers and scientists are given widely varying estimates of pollution depending on the study. Take the example of four different reports on the contribution of vehicles to Delhi’s particulate matter air pollution: the Government of India’s Ministry of Environment, Forest and Climate Change in 2000–01 found it was 72 percent; the National Environmental Engineering Research Institute in 2008 came to an estimate of 6.6 percent; the System of Air Quality and Weather Forecasting and Research in 2011 reported a 13-percent contribution from vehicles; and IIT Kanpur in 2016 found it to be 20 percent.

In addition to huge uncertainties in the pollution inventory, in the case of Delhi, the availability of meteorological data is also sparse because of the limited number of meteorological stations. Delhi Pollution Control Committee (DPCC) has only 23 stations as compared to London’s 97. Any errors in meteorological estimates can lead to errors in predicting concentrations of various pollutants, and might result in an incorrect policy analysis.

A better understanding of these scientific gaps is essential to solve Delhi’s perpetual air pollution crisis, and a robust understanding of what all sources contribute to the city’s poor air and prevailing meteorology is merely an essential first step. There are a number of unregulated industries in Delhi, making it difficult to assess their emissions. Further, sources of pollution are dynamic and year-round studies are needed. In the absence of reliable data, models rest upon outdated data and assumptions, which induces errors in air quality models’ output and adversely affects policy analysis and response.

Shekhar Chandra is a graduate student in Environmental Policy at MIT who studies science-based environmental policies in promoting sustainable development. Before coming to MIT, he worked with India’s National Planning Commission on energy, transport, and governance issues. 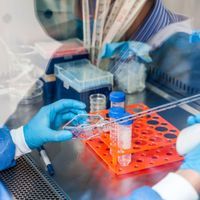