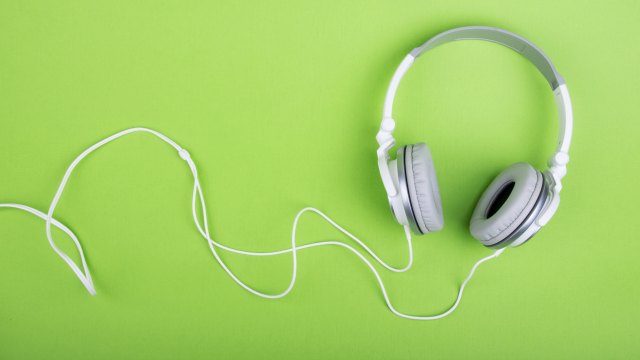 ISTOCK, AZURE-DRAGONAs a science-obsessed kid, I didn’t realize how tedious research can be. Much of being a bench scientist involves mind-numbing tasks, only occasionally punctuated with moments of exciting discovery. Luckily, I’ve found a way to alleviate boredom and make this time feel productive: podcasts.

Podcasts not only make humdrum hours in the tissue culture room fly by, but also show me how to effectively communicate science, keep me informed about wide-ranging fields, and serve as a resource to discover various career options.

Radiolab, Science Friday, Invisibilia, and Science Vs are podcasts that do a wonderful job of communicating science to nonscientists. Many radio listeners are likely familiar with the first two, which are both long-running NPR programs. If not, I recommend starting with Radiolab’s “Antibodies Part 1: CRISPR.” The story-tellers’ jargon-free explanation of this powerful new tool for genomic engineering is...

Invisibilia, which focuses on “the invisible forces that shape human behavior,” is another top-notch example of science storytelling. Each episode leaves me pondering the mysteries of how our quirky brains work. One episode I especially enjoyed examines how fixed our personalities are throughout our lifetime and how they’re affected by our environment, using the framework of a man in prison.

For a great podcast to prepare for holiday gatherings with relatives who may not share your appreciation for scientific evidence, check out Science Vs. Hosted by science journalist Wendy Zuckerman (who loves puns and has a charming Australian accent), this show separates fact from fiction on topics such as fracking, GMOs, and gun control. Despite the show’s focus on relatively contentious issues, it manages to be highly entertaining and often quite funny. A good starting point is the two-part episode covering the rise of the anti-vaxxer movement.

While the above podcasts are skilled at covering broad scientific topics in a highly accessible fashion, sometimes I crave a greater level of detail. Fortunately, there are also a number of science podcasts that take a more in-depth approach.

One of my favorite is This Week in Virology (or TWiV), created by two science professors at Columbia University Medical Center, Vincent Racaniello and Dickson Despommier. While their frequent banter about the weather can sometimes become a little tiresome, this podcast provides an often-captivating look into the world of viruses. Overlapping with my area of expertise—RNA biology—I particularly enjoyed their recent conversation with Nobel laureate Phillip Sharp about his groundbreaking discovery of RNA splicing. Similar podcasts in this family include TWiM and TWiEVO, which focus on microbiology and evolutionary biology, respectively.

For an engaging preview of newly published papers, the journals Nature, Science, and eLife all produce their own podcasts, which provide detailed analysis and interesting interviews with the scientists behind the work. For instance, a recent eLife episode featured thought-provoking research on how the readability of scientific literature appears to be steadily going down over time, serving as a great reminder for me to weed out unnecessary jargon in my own writing. (These shows can also be highly useful when searching for new papers to discuss at journal club meetings.)

PhD students and postdocs often face uncertainty when it comes to their next career steps. To help with this, The Incubator podcast tries to clarify scientific career options (full disclosure: the host, William Olds, a scientific officer at Proteintech, is a friend of mine). Each episode features interviews with scientists who have ended up in careers ranging from consulting to teaching at a liberal arts college to scientific editing. One interview I found particularly insightful was with a PhD scientist who transitioned from academia to venture capital and ultimately to a video game startup. The Incubator also addresses critical issues ranging from mental health to mentorship.

For a somewhat similar podcast, check out Hello Phd, which covers a diverse range of topics such as getting involved in science outreach and dealing with impostor syndrome. Especially if you’re a graduate student (or thinking about applying), I cannot recommend this podcast strongly enough.

One final podcast is The Story Collider. It’s like The Moth but for scientists—it features scientists’ personal stories about the joys, hilarity, and disappointments of doing science. There are tales of trips to Madagascar involving human-eating crocodiles, drunk driving a car for science, and the terror of accidentally sticking yourself with a needle full of a deadly toxin. This podcast also gives voice to issues in science that are too often ignored, such as abuse of power. Warning: some of the stories told by young scientists confronting discrimination and sexual harassment will leave you furious.

Next time you face hours of a boring lab experiment or want to throw up your hands and leave science altogether, give one of these podcasts a try. Not only will they make your time at the bench more enjoyable, but they may just remind you of why you wanted to become a scientist in the first place.

Matthew Eckwahl is a postdoc in the Department of Biochemistry and Molecular Biology at the University of Chicago.