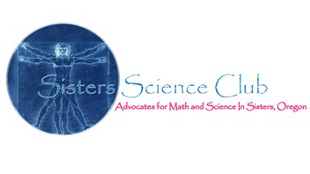 Science teachers typically have no extra time for adding new curriculum, little time for their own professional development, and no discretionary budget to support their lessons with new equipment or field trips. We have explored the notion that if retired scientists could organize a community effort and work with teachers, they could help enhance science education.

In January 2011, two retired scientists in Sisters, Oregon—an academic neurologist and a chemical engineer—sat in a wine bar bemoaning the state of affairs of science education in US schools. The Washington Post had just reported that more than 65 percent of students in grades 4, 8, and 12 had fallen below test criteria for proficiency in science. One month earlier, 15-year-olds in the U.S. placed 23rd on science tests and 31st on math exams in an international competition. Saddened, those retired scientists—we authors, Robert Collins and Cal Allen—didn’t know what to do. We...

Sisters is a small town of 2,000 in a high desert nestled against a Ponderosa forest in the east Cascades of central Oregon. Once a logging town, it now survives on grass farming and tourism. The school district, Sisters’s largest employer, spreads beyond the city and gathers 1,000 students, Kindergarten through grade 12 (K-12). The town attracts thousands of visitors to its rodeo, outdoor quilt show, and folk festival, annually. Community volunteers who help run these events through local Kiwanis and the Rotary clubs also donate to the Sisters School Foundation, a 501(c)3 nonprofit that provides broad general support with emphasis on art, music, and athletics in the school system.

But where was the local support for science? Noting that this was lacking, we decided to start a community science club.

Our first step was to make an appointment to speak to the superintendent of schools, Jim Golden. With his help, we crafted goals and a plan. Our first goal was to create a school-wide science fair within a year. A month later, Golden asked us meet with all the science teachers. We told the teachers that we had no curricula to offer and did not intend to interfere with their teaching; we simply wanted to visit to learn how to help. One of the teachers told us the best thing we could do was to send them to the National Science Teachers Association (NSTA) annual meeting. Soon, capitalizing on the teachers’ expertise, we started a website and later put our logo on T-shirts for kids exhibiting at the science fair.

Our next step was to assess community resources. Sisters attracts many retiring scientists, engineers, and teachers who seek a place of natural beauty with hiking, fishing, golf and skiing. Knowing many retirees, we invited them, one by one, to coffee and shared our plan. There would be no clubhouse, administrative employees, regular meetings, or required dues. Membership consisted simply of joining an e-mail list. In five months, we had signed up 50 members. Three years later, we now have more than 350.

Sending our science teachers to the NSTA meeting taught us two important lessons. First, we hadn’t realized how seldom teachers get together as a group while working, and how little they see each other beyond school. The trip started a bonding process, through which the K-12 science teachers now share strategies and lesson plans with one another. Everyone gathers for professional development yearly. Second, we learned the best way to raise money was by seeking support for specific programs—a sky dome, a 3-D printer, a science fair, and so on. We raise $30,000 to $50,000 per year from individuals, local organizations, businesses, and foundations. Our major expenses to date have been restoring a greenhouse, the 3-D printer, and a Discovery Lab in the elementary school. We now give each of the three schools $5,000 per year for discretionary spending. We also participate in writing grants, which have yielded a high school science, technology, engineering, and math (STEM) program and a K-12 seed-to-table, healthy-living program.  Seven teachers and six community members occupy our Science Club Board, which meets at least once a year.

An integral part of our mission was to enhance the understanding of science in our community. We felt this would have a synergistic effect with our efforts in the schools. So we launched a speakers program, “Frontiers in Science,” leafleted the town with posters, wrote a story for our newspaper, and offered free beer. Our first speaker, a prominent neuroscientist in imaging, spoke on the human brain. We planned for an attendance of 50; 250 showed up.  We now hold similar events monthly at a Lutheran church-turned-community center.

We were surprised by our community’s response to the Sisters Science Club. It has taught us that there is great interest to learn and participate in science when it is made accessible and enjoyable.

Our first science fair included 30 community volunteers and drew 400 attendees; at our third, there were 80 volunteers and more than 800 attendees. Volunteers are now helping with experiments, field trips, and organic gardening, among other things, in all three schools.

Has our science club been successful? At the outset, we had hoped to track the careers of our high school graduates. Instead, we have looked to other markers targeted on participation. In addition to our membership, fair participants and speakers program growing steadily, our high school math club has grown from five students to more 40, the middle school math and robotics teams have attended and won competitions, experiments started in the club’s after-school Discovery Lab at the elementary level have migrated into the curriculum, and the K-4 teachers have started their own Einstein Day for celebrating science. And student test scores? From 2012 to 2013, Sisters school district improved in tests of proficiency in science from 82 percent to 87 percent, “meeting or exceeding standards,” and is now among the top districts in the state.

But we’d be the last to claim a statistically significant cause and effect for our club. In sum, a community science club has found value and great pleasure working to enhance science and math in the schools and community. In a nation with very few scientists among state and national elected officials, where policy debates are often shockingly uninformed, and where the lay media dumbs down science daily, we’ve found that a local community science club can make a difference.

Robert Collins was an academic neurologist for 35 years; he retired as chairman of neurology at the UCLA Medical Center in 2004. Cal Allen was a chemical engineer with the Chevron Corporation for 35 years, and retired in 1994. He worked in research, chemical, and upstream operating companies. Barbara Schulz was a science teacher for 37 years; she retired from the National Academies in Washington, DC, in 2007.