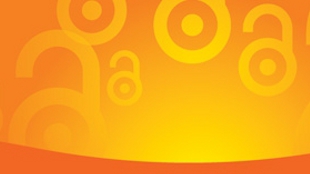 Academic publishers are currently up in arms about the Federal Research Public Access Act (FRPAA)—a bill that has the perfectly reasonable goal of making publicly funded research available to the public that funded it. Tom Allen, president of the American Association of Publishers, described it rather hysterically as “intellectual eminent domain, but without fair compensation.” Why are he and his colleagues so desperate to retain the current business model?

By any objective standard, academic publishing is a very strange business indeed. It became established at a time when all publishing was on paper, when duplication and delivery were demanding problems, and when publishers provided an important service to researchers. Now, as the Internet is dramatically changing other forms of publishing, academic journals seem stuck in the 1980s, with results both comical and disastrous.

Let's take a look at the flow of money in the production of...

At this point, researchers have worked together to produce a publication-ready, peer-reviewed manuscript. But rather than posting it on the Web, where it can contribute to the world's knowledge, form a basis for future work, and earn prestige for the author, the finished manuscript is then donated gratis to a publisher: the author signs away copyright. The publisher then formats the manuscript and places the result behind a paywall. Then it sells subscriptions back to the universities where the work originated. Well-off universities will have some access to the paper (though even they are denied important rights such as text-mining). Less well-off universities have access to varying selections of journals, often not the ones their researchers need. And the taxpayers who funded all this? They get nothing at all. No access to the paper.

With government-funded researchers providing the writing, the editing, the reviewing, and even most of the formatting, you might think that the publishers who benefit from all this would be able to do their part very cheaply, and that subscription prices would be low and falling fast. Not a bit of it: at a time when library budgets are being progressively squeezed, Elsevier—the biggest of all the academic publishers—reports a 2011 profit of £768 million on revenue of £2,058 million, an astonishing 37.3 percent, compared for example with Apple's 24 percent profit margin in their record-breaking 2011. This makes 2011 the fifth consecutive year in which Elsevier's profit margin has increased. Publishers are bleeding libraries dry: it's no wonder that subscriptions are being cancelled left, right, and center.

Since these publishers are effectively government subcontractors, you might think they would be subject to government regulation. Far from it. Even the very reasonable public-access policy of the National Institutes of Health—that authors should be allowed to post freely available copies of their unformatted manuscripts 12 months after they are published in formatted form—was recently attacked by publishers in the form of the Research Works Act, a nasty piece of legislation that would have made the NIH policy illegal. Although that act was shouted down by a researcher revolt, no one trusts that it won't be back again in another form.

In the face of the ludicrous status quo, it's no wonder that researchers are starting to turn to “Gold Open Access” publishing. Under this model, authors pay a publication fee, and the publisher makes the resulting article freely available to anyone and everyone. There are no subscriptions, and open-access publishers don't demand copyright. The taxpayers who fund research have full access, and anyone can do whatever they like with the published papers, including text-mining. The benefits to research, commerce and society are enormous.

Since open access is a manifestly superior model, we would expect it to have become ubiquitous. But depending on our definition of open access, it seems that only between 5 and 8 percent of scholarly articles are published under this model.  Why is this?

It’s certainly not due to cost. To publish in the reputable open-access journal PLoS ONE costs a publication fee of $1,350. Other open-access journals average a bit less, around $906. To publish in an Elsevier journal, on the other hand, appears to cost some $10,500. In 2011, 78 percent of Elsevier's total revenue, or £1,605 million, was contributed by journal subscriptions. In the same year, Elsevier published 240,000 articles, making the average cost per article some £6,689, or about $10,500 US.  So to publish behind a paywall with Elsevier—and make your work available to only some other researchers and no members of the public—costs nearly eight times more than publishing openly with PLoS. It's apparent that we are not getting value for money from the traditional academic publishers.

And so, the $10,500 question: why do we keep publishing with subscription-based journals? There are three reasons.

First, academic publishing is not an efficient market, because of the monopoly effect of certain journals. If you work in the field of cell biology, you simply have to have access to the journal Cell. There are no competitors that you can buy instead, because the specific papers that are published in Cell can be found nowhere else.

Second, academics tend to be conservative. So when publishers say that the current system works and there's no need to change it, academics are, surprisingly, all too ready to accept that claim.  Senior researchers can become too comfortable to rock the boat; their juniors can feel too insecure to do it.

Third, and most important, while it may cost a fraction as much money to publish in an open-access journal, those savings are not rewarded to the researchers. With open-access publishing, the researchers must pay those fees out of their own grant money, or with department funds, while subscription bills are footed by the university libraries, which have completely separate budgets. So, even though, under an open-access publishing regime, for every thousand dollars that a researcher or department spends on author fees, the library could save eight times as much in paid journal subscriptions, the division of budgets within universities (and the fact that until all publishing is open access libraries will still have to continue subscribing to paid journals) is inhibiting this transition.

So subscription-based journals continue to thrive, bringing in record revenues and profits year after year, because at the moment the status quo still represents a local maximum. We can see that there's a much higher peak just across the way, but we fear the journey because it will take us through a swamp.  Happily, two things are happening to change that.  One is that the land surrounding our peak is inexorably rising: open-access publishing options are becoming more common and more attractive.  And at the same time, the peak itself is diminishing, as the ever-increasing costs of subscriptions make the current arrangement less and less appealing.  We are heading for a moment when all paths lead uphill to a more attractive publishing paradigm. Paradoxically, the thing that could most quickly bring about this change is for publishers to keep hiking journal prices. In the long run, then, it might even be that the more exploitative subscriptions become, the better off the scientific community will be.

Michael P. Taylor is a research associate in the Department of Earth Sciences at the University of Bristol. He can be reached at dino@miketaylor.org.uk.