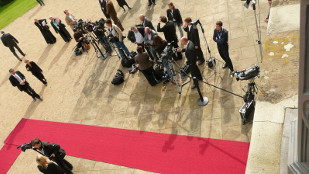 WIKIMEDIA, WARBURGThe more that scientists focus on awards and advertise career-building, the more that we, as a community, attract people seeking prizes and glamorous careers, and the bigger the burden on the peer review system. The independent and critical assessment of data and of analysis is at the core of our profession. Yet, the rapid growth of the scientific enterprise and the explosion of the scientific literature have made it all but impossible to read, think deeply, and assess independently even the subset of all published papers that is relevant to one’s research. This is alarming.

Here I suggest an approach to alleviating the problem, starting with two related questions: Why is low-quality “science” written up and submitted for publication, and what can we do to curb such submissions? These questions touch on the difficult-to-quantify subject of human motivation. Scientists have a complex set of incentives that include understanding...

Scientific culture can powerfully affect the incentives of scientists and in the process harness the independent thought of the individual scientists—not only the external reviewers—in raising the standards and rigors of their work. I see a culture focused on prizes and career-building as inimical to science. If the efforts of bright young people are focused on building careers, they will find ways to game the system. Many already have.

As long as the motivation of some scientists is dominated by factors other than meeting one’s own high standards of scientific rigor, finding the results worthy of our attention will remain a challenge even with the best heuristics of ranking research papers. However, to use Richard Feynman’s memorable words, if “the pleasure of finding things out” is a dominant incentive, the reward cannot be achieved unless one can convince oneself of the veracity of the findings. The higher the prominence of this reward intrinsic to scientific discovery is, the lower the tendency to game the system and the need for external peer review. A scientific culture that emphasizes the research results—not their external reflections in prizes and career advancement—is likely to diminish the tendency to use publishing as a means of career advancement, and thus enrich the scientific literature of papers worthy our attention.

A great place to begin is by replacing the headlines focused on distinctions and building careers with headlines focused on facts. For example, the “awards” section in CVs, faculty profiles, and grant or faculty-position applications could easily be replaced by a “discoveries” section that outlines significant research findings. Similarly, great scientists should be introduced at public meetings based on their significant contributions rather than with long lists of prizes and grants they received.

Focusing on scientists’ work and not their accolades would hardly diminish their importance. Indeed, the Nobel Prize derives its prestige from scientists like Einstein and Feynman and not the other way around. A prize may or may not reflect significant contributions to science, and we should be given the opportunity to independently evaluate the researcher’s contributions. Only such a culture of independent assessment can give the most promising ideas a chance to prevail over the most popular ones.

The next time you have a chance to introduce an accomplished colleague, respect their contributions with an explicit reference to their work, not their prizes. With this act you will help realign our scientific culture with its North Star: the independent and critical evaluation of experiments, data, ideas, and conceptual contributions.

Nikolai Slavov is a postdoctoral researcher at Harvard University, where his focus is on the quantitative exploration of cellular metabolism and protein synthesis via direct precision measurements and modeling.