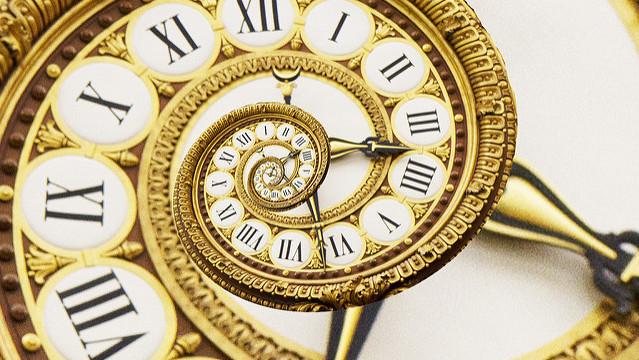 FLICKR, JDIs aging a disease? Mutaz Musa answers this question in the affirmative in “Opinion: Aging, Just Another Disease.” In response to his article, we suggest that, aside from containing fundamental logical flaws, Musa’s argument produces a simplistic picture of the complexities of aging, both as a concept and as an actual phenomenon. While the author’s opinion appears to be driven by a sincere desire to optimize people’s lives, his approach might in fact be counterproductive: by pathologizing aging, he creates more, not less, challenges to ascribe meaning to age-related physical decline.

The questions raised in Musa’s piece are nonetheless thought-provoking, as he confronts assumptions about what constitutes disease and what causes aging. In particular, Musa asks us—researchers who study the various processes of aging—to consider how we define aging, disease, and the causes and effects that link these phenomena.

There are logical flaws in Musa’s opening...

Musa also states that “growing older should be and is being treated like a chronic condition.” The conflation here is not just between growing old as a term meaning “passing of time” or “becoming diseased,” but as a statement about something already being diseased. In this sentence—and in the argument of the opinion piece as a whole—it seems that Musa has already defined growing old as a disease before he tries to argue that this is the case. You can’t meaningfully argue that aging should be understood as a disease if you have already jumped the gun and defined ageing as a disease at the outset.

Musa’s initial definition of aging is that it “is a term we use to describe the changes our bodies undergo over time.” It can hardly follow that aging is pathological or should be treated like a chronic condition, unless all bodily changes over time are seen as chronic or pathological, which would be absurd. The point is that aging as a descriptive term for “the changes our bodies undergo over time” cannot tell us a priori whether these changes are pathological. Musa’s argument rests on several such obfuscated shifts in meaning, which, in our view, puts it on shaky grounds.

Another illustrative example of shifts in logic and meaning occurs when Musa writes about age-related changes in the body, arguing that some of these show “that perfectly normal processes that are critical to survival will quite naturally lead to disease. In a biological sense, the mere passage of time is pathological.” Here, Musa turns the fact that some routine processes lead to pathology into an argument that these processes are, therefore, pathological. That some processes lead to pathology does not mean that these processes are responsible for disease. Even a process like the production of reactive oxygen species (ROS) through mitochondrial function does not automatically lead to dangerously damaged DNA—it can, but only if there are no antioxidants available, and if DNA repair mechanisms are compromised in some way. We don’t define smoking as a disease, we define lung cancer as a disease: smoking is a risk factor, but does not always lead to lung cancer. By collapsing causal risk factors and pathology into one, aging researchers will not become better equipped to deal with the complexity of either part. Nor will anyone benefit from a pathologization of bodily processes that happen in everyone, at all times.

Further, to propose, as Musa does, that if some process over time leads to pathology, then “the mere passage of time” in a biological sense is pathological, is an inductive fallacy. A fallacy that ignores the multiple processes and effects happening in the body over time, all the time, where some have effects most people want, and some do not.

Regardless of our abilities to traverse our senior years illness free, we will all, eventually, die. Conflating aging and illness, however, weakens our ability to impart meaning to such inevitability. It seems that while Musa comes to represent an approach to aging that will undoubtedly attract research funding that will help scientists find ways to allow people to live physically healthier lives, it is also an approach that seeks to reduce complex issues to more simple models, thus creating an illusion—or at least the hope—of control and of biotechnological solutions to issues that also have existential and social aspects.

This approach overemphasizes the importance of prolonging life at the expense of coming to terms with the possibilities of frailty and various forms of decline—not to mention death—in later life. This will not create less suffering. It will create unrealistic expectations of future scientific mastery of the human condition, telling us that frailty and decline should be avoided at all costs. This is neither a healthy psychological reaction to frailty and decline, nor will it ultimately lead to anything but individual disappointment and a mistrust of a science that promises more than it can deliver.

Thank you to Bülow and Mikkelsen for their thoughtful comments.

Firstly, it should be made entirely clear that I wrote neither the title nor the tagline in the online version of the article. Both were editorial choices that I explicitly rejected in my response to the editors. Therefore, Bülow and Mikkelsen begin by critiquing words I didn't write. This fact obviates the need to respond to the first four paragraphs of the above critique.

Additionally, in so far as such changes occur as a direct function of time, it follows that the passage of time beyond this peak is likewise detrimental. This preamble is crucial for understanding the intent of the statements made. Taking them out of context serves only to muddy the message.

Bülow and Mikkelsen also write “that some processes lead to pathology does not mean that these processes are responsible for disease.” This is a particularly confusing assertion. If a process leads to pathology, then surely it is—at the very least—partly responsible for disease. The authors go on to give the example of ROS being insufficient to cause dangerously damaged DNA without the coincidence of other factors. But this is true of any disease etiology. Hardly any condition is due to a single factor, and its dependence on multiple factors does not stop a process from being pathological.

Bülow and Mikkelsen also risk oversimplifying the distinction between disease and precursor/risk factor. In medicine, named diseases are not limited to symptomatic illness. Precursors to symptomatic illness are often pathologized too. For instance, hypertension is essentially asymptomatic but is so tightly linked to life-threatening illness that it’s considered a disease entity in its own right. We now even recognize pre-hypertension. There are countless other “precursor pathologies” that are unnamed in medicine. It’s important not to conflate what is ultimately pathological with what is diagnosable. These boundaries are fluid, constantly changing, and quite indefinite.

Bülow and Mikkelsen write: “this approach overemphasizes the importance of prolonging life at the expense of coming to terms with the possibilities of frailty and various forms of decline—not to mention death—in later life.” I fail entirely to see how the ideas forwarded in the piece in any way endorse life span prolongation irrespective of health. Nor do I see how the piece diminishes the importance of a realistic appreciation of the morbidity and mortality of old age. Indeed, in a recent BBC interview, I explicitly denounced efforts at life span over health span prolongation, and noted how such perspectives are apt to increase suffering. I also intentionally make no claims in the article about the proximity or even the possibility of treatments for the aging process. Contrary to Bülow and Mikkelsen’s claim, defining aging in concrete terms helps frame aging in a practicable, workable way, rather than foster illusions.

In sum, Bülow and Mikkelsen’s critique relies on statements I never made, statements taken out of context, and, finally, on unconvincing counterarguments.

Nevertheless, ours is a crucially important conversation, and the addition of Bülow and Mikkelsen’s intelligent, lucid voices is very welcome indeed. Thank you again to them both, and to The Scientist for providing a platform for this conversation.

Editor’s note: A version of the article “Opinion: Aging, Just Another Disease” appeared in the November issue of The Scientist under the headline “The Semantics of Aging” and subheading “Is growing old a disease? Medical science may have pathologized aging without ever realizing it.”