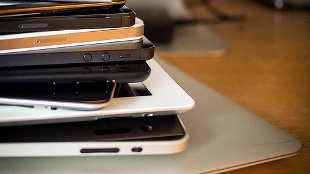 FLICKR, ROBERT S DONOVANLast month, I proposed on this website that honorary authorship is an antiquated, misleading practice that can undermine the integrity of a scientific publication. I noted the qualifying attributes of authorship and the importance of recognizing additional contributors in the acknowledgement section.

But today, communicating scientific research transcends the traditional boundaries of author lists and acknowledgements. So what, exactly, does authorship mean in the digital age?

Scientists and publishers alike are grappling with plenty of logistical challenges. How are we to define authorship for digital content like YouTube videos, podcasts, and social media posts? Are scientific presentations—whether in person or virtual—citable? And if so, who should be credited, the presenter or every contributor behind the work? Who is accountable for such materials?

Because authorship can have a significant impact on science and society, accountability is critical. Those involved in scientific publication have a responsibility toward science...

In addition to its collective impact, authorship also affects individuals. Publications and citations are some of the most common manifestations of intellectual property in science. Publication effectively establishes ownership of intellectual property.  And with possession comes liability; therefore, authorship establishes a form of accountability as contributors to a field of study are held responsible for their collective findings. This accountability is tested in part through efforts by others to reproduce the findings.

Authorship also directly impacts scientific careers. Academic administrations often base decisions on promotion and career advancement on publication records. Study sections and funding bodies judge the scientific merit of competing grant applications in part based on the principal investigator’s publication history. The pressure to publish is great and has recently become more significant in light of the unprecedented level of competition for limited research funding. Given the high impact scientific publication has on science and the scientific community, it stands to reason that guidelines and policies for measuring scientific contributions and recognizing authorship in the digital age should be in place.

Because authorship is likely to remain an essential part of communicating scientific knowledge, establishing guidance on crediting scientific contributions—both traditional and less so—is necessary. Given the historic lack of formal training in this area, however, a gap in the implementation of new authorship guidelines is likely to remain and generate conflict. As such, scientists-in-training ought to receive instruction on the ethical aspects of authorship and publication as part of their academic curriculum. As newer generations of scientists emerge, increased awareness of standardized authorship practices should become the new norm.  Importantly, this new norm would have inherent benefits beyond the regulatory burden of ensuring compliance with authorship guidelines and policies. These include raising the ethical standard of emerging generations of research scientists as an essential part of our commitment to the practice of the responsible conduct of research and scientific integrity.

Acknowledgements
I am grateful to the “Survival Skills for Scientists” workshops, which are offered by the University of Miami, for having introduced me to research ethics. Thoughts and discussion on this topic were developed in a research ethics course (RST 720: Peer Educators in Research Ethics) I thank Thomas H. Champney for his critical review of this article.

Midhat H. Abdulreda is an assistant professor of surgery at the University of Miami’s Diabetes Research Institute, where his focus is on the immunobiology of type 1 diabetes and islet transplantation.