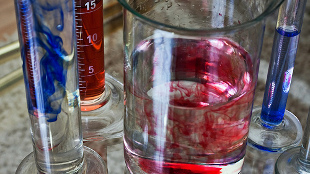 FLICKR, HORIA VARLANDuring the next decade, advances in the life sciences are likely to generate intense political debate in the United States and around the world. Even as conflict over human embryonic stem cell (hESC) research has largely subsided, controversies may resurface as such investigations move forward, and as political conditions change. High-profile debates at the national and local levels over synthetic biology, personal genomics, and various reproductive technologies may also emerge.

Public discussion is likely to focus on a recurring set of questions that blur traditional partisan and ideological differences: Do scientific breakthroughs promote or undermine social progress? Is research being pursued too cautiously or too quickly? Do scientists respect or cross moral boundaries? Does research serve the public interest or private interests?

In a study we published this week (February 18) in PLOS ONE, we analyzed a series of nationally representative surveys collected between 2002 and...

Our results indicate that—more so than political party identification, ideology, religious identity, self-rated knowledge, or abortion views—an individual’s beliefs about science and society had the strongest unique influence on their support for embryonic stem cell research. Moreover, identifiable segments of the public differ substantially in how they perceive the social implications of science, and traditional political labels do not easily define these groups.

One segment of the public we call “scientific optimists,” who comprised a third of Americans, believed strongly in the link between science and social progress and tended to be overwhelmingly supportive of scientific advances such as hESC research. This group was, on average, highly educated, financially well off, split evenly in terms of gender, and was disproportionately white. Optimists also tended to split almost evenly by partisan identity, although they trended slightly more Democrat. In terms of ideology, they were the most moderate in their outlook. Compared with other groups, optimists also considered themselves well informed about advances in science and medicine.

“Scientific pessimists,” who made up about a quarter of Americans, showed strong reservations about the moral boundaries that scientists might cross, were concerned that science could create new problems for society, and were the most likely to oppose hESC research. On average, this group scored lower in terms of educational attainment and income, and trended more female and minority in background. Pessimists split evenly relative to partisan identity, but tended to be disproportionately either moderate or conservative in their ideological outlook. Compared with optimists, this group did not consider itself as well informed about science and medicine.

The “conflicted” view science in both optimistic and pessimistic terms. They comprised about a quarter of the public, and were in many ways socially similar to scientific pessimists in their background, but tended to be older. Although they indicated ambivalence about the impacts of science on society, conflicted members of the public appeared open to accepting the arguments of scientists and advocates who emphasized the benefits of research. Between 2002 and 2010, more than 60 percent of this segment came to eventually favor hESC research.

The “disengaged” appeared to lack strong beliefs about how science impacts society, and did not consider themselves as well informed as optimists. This group, which comprised about 15 percent of the public, may have been the most susceptible to swings in opinion, as the disengaged may have relied on political messages and events rather than strongly formed beliefs about science and society to guide judgments on specific issues like hESC research. For example, between November 2008 and May 2010, there was a 20-point shift in support for hESC among this group, from approximately 50 percent to 70 percent support. This swing correlated with President Barack Obama winning the 2008 election, his decision in 2009 to expand funding for hESC research, and the subsequent decline in media attention to partisan conflict over the issue.

As we and other social scientists continue to analyze public opinion about advances in the life sciences, looking beyond partisanship and ideology to deeper factors influencing judgments, our findings can support improved communication and outreach by scientists and their institutions. Activities that can be improved through research include contextualizing information in a manner that is personally relevant and understandable, and working within cities, states, and across communities with trusted media providers and opinion-leaders, who can help broker respectful dialogue and debate about the social implications of science.

Matthew C. Nisbet is an associate professor of communication at American University, where his research focuses on the impact of communication, media, and culture on debates over science, technology, and the environment. Ezra M. Markowitz is an Earth Institute Fellow at Columbia University, where he works with the Center for Research on Environmental Decisions. His research centers on the intersection of behavioral science, communications, environmental sustainability, and civic engagement.