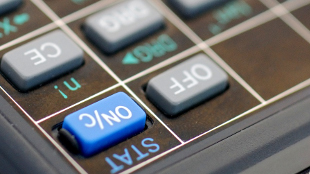 SXC.HU, HISKSCancer is a dynamic, adaptive system consisting of billions of normal and tumor cells interacting at multiple spatial and temporal scales. To many cancer biologists and oncologists, the complexity of cancer seems beyond comprehension. So it is not surprising that attempts to develop mathematical models of cancer and therapies have typically been dismissed. Cancer, it would appear to some, is too complicated to model. But this bias ignores an increasingly mundane component of modern life—weather forecasts. By using sophisticated computational models to integrate large, continuously updated datasets organized with the fundamental laws of physics, meteorologists can characterize complex weather systems sufficiently well to accurately predict their behavior.

In 2008, our institution, Moffitt Cancer Center, eschewed the conventional wisdom and formed the department of integrated mathematical oncology (IMO). The applied mathematicians, physicists, and computer scientists who make up the IMO are expected to collaborate with cancer biologists and oncologists...

From our efforts has come a clear conclusion: cancer is indeed complicated and complex, but it is not incomprehensible. As with similar systems, like weather, predicting the course of a cancer in individual patients is possible through application of sophisticated computational models parameterized by critical clinical data.

So how can mathematicians improve cancer treatment? The good news in many cancers—such as breast and multiple myeloma—is that there is a large and growing list of drugs and combinations that may be effective. The bad news is that metastatic cancer remains largely fatal. Any drug that kills cancer cells also applies evolutionary selection forces that promote resistance. While development of new and more effective drugs remains the dominant goal in oncology, the IMO has focused on seemingly more mundane topics such as: Should we treat or not, and if we do, are we using the drugs the best we can?

Consider the dilemma faced by an oncologist treating a breast cancer patient who may be eligible for up to 20 potential chemotherapeutic drugs. Which is the best drug or combination for that cancer and patient? What dose is optimal? Should the drugs be given together, or at some interval? Should the drug dose and interval change over time? For how long should treatment be administered? What is the metric of success? Clearly, the treatment parameter space available to this oncologist is vast and the options virtually infinite. That’s where mathematical models become incredibly helpful. Simulating millions of treatment combinations in a fraction of the time it would take to do a single experiment means we can help the oncologist of the near future make better informed decisions that have a greater chance of success.

Does this mean that mathematicians and their models will replace oncologists? No. Even weather prediction models are subject to ad hoc revisions by experienced meteorologists.

Perhaps the ultimate contribution of mathematics to cancer research will be a new way to look at an old problem. Mathematical models allow us to place the complete system in an integrated framework where we can directly examine the impact that changing one component (or several) has on the whole system. This often drives new experiments that ultimately lead to a deeper understanding of the system.

As it turns out, cancer is too complicated not to model. Failure to integrate mathematical and computational models into cancer biology and therapy, whether based on ignorance or hubris, will inevitably limit our progress with this disease. Much like meteorologists, oncologists need to use advanced quantitative methods to integrate known data with underlying evolutionary-first principles to make predictions about the unknown outcome. By doing so we can develop personalized therapeutic strategies for a patient’s cancer that are as dynamic and adaptive as the disease they are trying to treat.