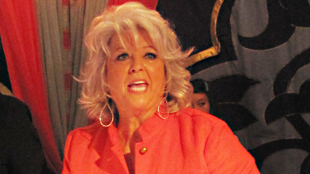 Earlier this month, celebrity chef Paula Deen announced that she has adult-onset or type 2 diabetes, then accepted a multimillion dollar deal to promote Novo Nordisk’s type 2 diabetes drug, Victoza. Before there was Paula Deen, there was figure skater Dorothy Hamill and actor Wilford Brimley. Indeed, there has been a long line of celebrity spokespeople for pharmaceutical companies, and their track record thus far has been quite poor in terms of honesty, openness, and promoting the public’s health.

Middle-aged arthritis sufferers flocked to their doctors demanding Vioxx for pain relief after watching Hamill figure skate in TV ads touting the drug shortly into the new millennium. We now have evidence that Vioxx caused as many as 140,000 extra cases of serious heart disease in the United States during the years that its maker concealed evidence of its risks, and it...

All right, you say, Hamill was paid to shill for a dangerous drug. But what could be wrong with Brimley telling diabetics to check their blood sugar?

There is one group of patients with type 2 diabetes, the most common form of the disease, who need to check their sugar levels frequently and who really need those cute little machines. Those are also those (apparently including Brimley) who take insulin shots. But the majority of type 2 diabetes folks take only oral medicines or use diet and exercise to regulate their blood sugar. From those ubiquitous TV ads in the late 1990s and early 2000s, however, you’d guess that scientific studies show great health advantages to religiously using home glucose monitors.

Funny thing, though. The available research shows overwhelmingly that there’s no known health benefit to home glucose monitoring for people not on insulin. A number of large studies on improving outcomes and death rates in diabetes show consistently that tight blood sugar control is not where the action is. Rather, type 2 diabetes tends to strike through severe complications like heart attacks, strokes, kidney failure, and other diseases that basically are caused by diabetes’ effects on both large and small blood vessels. Doing things to protect yourself from those diseases—diet, exercise, stopping smoking, controlling blood pressure, and so on—improves and lengthens life in diabetics. Lowering blood sugar by itself hardly helps at all.

Don’t hold your breath waiting for highly-paid celebrity spokespersons to tell you these important medical facts on TV. And the reason they won’t is part of why the whole system of celebrities touting drugs and medical devices is unfortunate for public health. These ads don’t just sell us products. They sell us ways to think about disease. And the industry wants to be sure that the way we think about a disease is whatever way is best for pushing their sales and profits.

Physician and historian Jeremy Greene wrote about this a few years ago. He showed how the pharmaceutical industry jumped onto the preventive medicine bandwagon to convince both doctors and the rest of us to “prescribe by the numbers”—not to ask what drugs actually lengthened life or improved quality, but simply to be happy when a lab test result, such as blood sugar or cholesterol, was high and a drug made it go lower. It turns out that it’s much easier to discover and market a drug that makes your lab values look prettier than it is to find drugs that really save lives and prevent heart attacks. But most of us simply assume that lower lab numbers mean less risk and a healthier future—a connection that medical research informs us is often missing. (A great book on this frequent lack of connection is Overdiagnosed  by W. Gilbert Welch.)

Now, at this point I have to add the usual disclaimer, and then a disclaimer on the disclaimer. The disclaimer is that you should treat your medical condition based on your doctor’s advice and not what you read on a blog or news outlet. If you have diabetes, for instance, find a physician that you trust and follow that physician’s advice, though you should also ask questions and feel free to do your own research.

But here’s disclaimer squared: when a drug or device company markets products to you with a celebrity spokesperson, you can be sure that the same marketing, probably on steroids, is going on behind the scenes in doctors’ offices and hospital corridors. When at least 84 percent of American doctors regularly rely on industry salespeople for critical information about drugs, the “prescribe by the numbers” message is just as ingrained in their thinking as it is in the general public’s. (The celebrities that drug companies use to brainwash doctors are not the Wilford Brimleys of the world, but rather distinguished medical school faculty physicians who happily take company money to serve on their speakers’ bureaus and to push the company marketing message.)

So, bottom line: is there something especially bad about any single celebrity deciding to shill for a particular drug or medical device, like Paula Deen telling us to eat cheeseburgers and also take good care of our diabetes? Maybe yes, maybe no. Is there a problem with how these products are marketed in the United States today? Absolutely.

Howard Brody is a family physician and medical ethicist and directs the Institute for the Medical Humanities at the University of Texas Medical Branch in Galveston. He maintains a blog on the ethics of the relationship between the medical profession and the pharmaceutical industry.