Recently, Congress tasked its investigative arm, the General Accountability Office (GAO), to consider the health risks of mobile phones and to report back to Congress. While a previous report published in May 2010 by the US Food and Drug Administration (FDA) stated that there was no evidence of increased health risk resulting from exposure to the radiofrequency (microwave) energy emitted by cell phones, the World Health Organization reported the following year that cell phone radiation may be carcinogenic. Also in 2011, the director of the National Institute on Drug Abuse published a paper in JAMA reporting that 50 minutes of cell phone use by people altered glucose metabolism in the part of the brain closest to where the cell phone antennas were located. This summer, the GAO completed the task and sent a report to Congress stating that the risks were unclear and deserved greater scrutiny from the government.

The controversy over whether the technology poses a risk to human health is substantial. And while much of science could be considered controversial, what has, and is, happening in microwave research is not a routine scientific dispute. Concerns about the health risks of cell phones, confusion regarding the evidence for or against such risks, and even misinformation in the scientific literature may all be collateral damage of the Cold War between the USSR and the United States. This was a time when the use of microwave-generating equipment, such as radar, was seen by some as critical to the security of the United States, and efforts were taken to ensure that such innovations were not suppressed by findings that suggested such technology to be unsafe.

During the Cold War, a group at Brooks Air Force Base (AFB) was tasked with reassuring residents when the Air Force wanted to install radar (microwaves) in their neighborhood. To meet that responsibility, the Brooks group hired contractors to write Environmental Impact Statements to justify the placing of the radars—an obvious conflict of interest. Even worse, when a scientist did publish findings that might indicate a risk, Brooks selected contractors to do experiments that suggested the scientist’s research was invalid or not relevant to the safety of Air Force radar.

For example, after my colleagues and I published in 1975 that exposure to very weak microwave radiation opens the regulatory interface known as the blood brain barrier (bbb), a critical protection for the brain, the Brooks AFB group selected a contractor to supposedly replicate our experiment. For 2 years, this contractor presented data at scientific conferences stating that microwave radiation had no effect on the bbb. After much pressure from the scientific community, he finally revealed that he had not, in fact, replicated our work. We had injected dye into the femoral vein of lab rats after exposure to microwaves and observed the dye in the brain within 5 minutes. The Brooks contractor had stuck a needle into the animals’ bellies and sprayed the dye onto their intestines. Thus it is no surprise that when he looked at the brain 5 minutes later, he did not see any dye; the dye had yet to make it into the circulatory system.

Another Brooks AFB responsibility that further incentivized the spreading of misinformation was to lead a lab on a classified microwave-bio weapons program. Competition between this effort and the microwave-bio research programs undoubtedly going on in other nations at the time would explain the Brooks group’s attempts to block and discredit unclassified research in the microwave area and the subsequent publication of the results: it did not want advances in knowledge to appear in the scientific literature where the USSR could benefit from it. This is not unlike the recent uproar over whether bird flu results should be published—or even done at all—because of the fear that they may help terrorists develop biological weapons.

In addition to actively suppressing results of microwave-bio research, the Brooks group also attempted to block funding for such research in the first place—and largely succeeded. For example, after we and others published the first papers in the mid- to late-’70s showing that very low intensity microwaves could open the bbb, the Department of Defense (DOD) issued a report, written by a psychologist at a Kansas Veterans Administration hospital who was neither trained nor experienced in research on the bbb, that concluded “…if a real potential for catastrophic effects exists, it would be evident from the research already reported in the literature.” (An original draft of the report also noted that “DOD funding of research evaluating the effects of microwaves on the bbb should be of low priority,” though this statement was removed before the report was released to the public.)

Largely as a consequence of this report, funding for open microwave-bio research in the United States was essentially shut down. Several months after the report was released, I requested renewal of government funding, which in part supported research on the bbb. I received a letter stating that funding would not be granted unless I dropped the bbb part of the proposal. And in a September 1981 article in Microwave News, 2 years later, the editor wrote, “Surprisingly, no new [bbb] work was reported this year.”

Even now, the recent GAO report states, the National Institutes of Health (NIH) “is the only federal agency we interviewed that is directly funding ongoing studies on health effects of RF energy (microwave radiation) from mobile phone use.” And the NIH funded only one relevant completed experiment, by an in-house researcher, during the time the GAO did its assessment. For many years now most of the published microwave research—what little that has been done—has been conducted in other countries. And as I noted in a recent paper, many, if not most, of those have been epidemiological studies looking for health problems associated with outdated technologies that are not relevant to the phones used today or that will be used in the future.

Thus, the shutdown of normal open microwave research in the U.S. and the misinformation placed in the literature appears to be collateral damage of the actions of people who saw themselves as fighting a war. And since the research was not allowed to proceed in the normal fashion, we don’t have the set of data needed to determine if there is a health hazard of mobile phone use—and, if so, how serious the hazard is. This suppression of research has now made hundreds of millions of people subjects in a grand experiment that may involve their health, without their informed consent, and the outcome of which can have substantial medical, legal, and economic consequences.

Allan H. Frey (allan@freys.us) is a semi-retired scientist in Potomac, Maryland, who was Technical Director of Randomline, Inc., a consulting and research firm. Read about more unsavory actions that I and others have observed in my chapter of bioethicist Nicholas Steneck’s Risk Benefit Analysis: The Microwave Case. 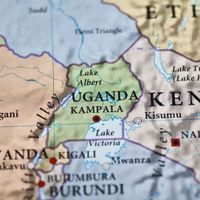