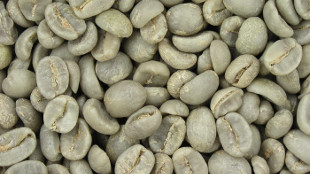 Mehmet Oz was last year questioned by a Senate subcommitte regarding his statements on, among other things, a weight-loss supplement containing green coffee extractWIKIMEDIA, DAN BOLLINGER

At a time when half of Americans believe in at least one of six medical conspiracies—according to a May 2014 JAMA study—and celebrities with no medical background are giving medical advice to the public, there is a clear divide between scientific fact and general knowledge. Recently, one celebrity who does come from a medical background has come under fire: in connection with his claims regarding a weight-loss supplement, physician Mehmet Oz (“Dr. Oz”) was in June questioned by a Senate subcommittee; the research behind his statements on the compound was retracted in October.

Some of the blame can be put on us scientists. We like to think our research speaks for itself, that the peer-review process is efficient and relatively fair, and...

Of course, the way we review the work of our peers can be problematic. As evidenced by the October 2013 Science investigation that found 157 journals willing to publish a “spoof” paper, the system has its flaws. To my mind, the most troubling implication of this investigation is that the improperly reviewed research can then be seen by the public. Worse yet, journalists can end up playing a game of telephone with the data, further skewing the message.

How can we ensure our data are accurately represented?

Some science advocates have emerged in the media, although our reliance on these figures is a double-edged sword. Neil deGrasse Tyson and Bill Nye, for example, are excellent science communicators. However, trained as a physicist and an engineer, respectively, they’re not likely the best voices for nanomedicine, microbiology, or most other life-science disciplines. Richard Dawkins has at times done a fine job explaining life science, but his polarizing personal views can drive away some who are simply seeking knowledge.

These famous science communicators should defer comment to experts in the field in question, broadening the public’s exposure of knowledgeable yet lesser-known scientists while at the same time decreasing the likelihood that the media will misunderstand the science.

As scientists, we too need to be communicators. We must speak for our research when necessary, call out media that misrepresent our results, and publicly reprimand those who are trying to make a quick buck by passing off shoddy or falsified research. Certain websites have done a wonderful job of publicly identifying these transgressions, but they are not enough. We have to condemn the offenders and extol the virtues of good science to the public and to one another. Only then will the discourse turn from distrust and blame to understanding, partnership, and respect.

Edward Marks is a PhD student at the University of Delaware. His research focus is on nanomedicines for cardiovascular disorders.