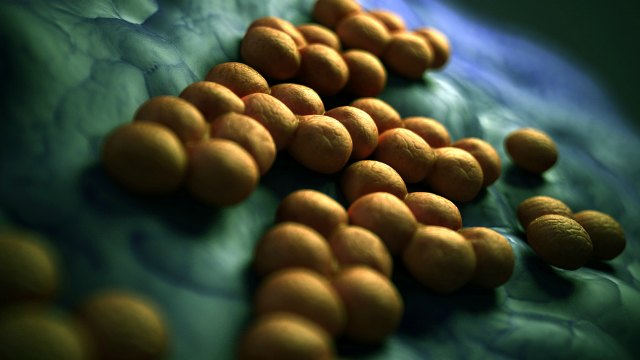 ISTOCK, ERAXIONWe are at risk of entering a post-antibiotic era.

Each year since 2013, a major global institution—including the World Economic Forum, the World Health Organization and the United Nations General Assembly—has issued this grave warning to the world.

A post-antibiotic future is daunting. When the drugs don’t work, we get sicker more often. We stay sicker longer. This hurts the economy because sick people don’t work.

In response, we really only have two options.

One is to gather more arrows in our quiver—by discovering new antibiotics to which microbes like bacteria are not currently resistant.

The second is to manage our current arsenal of drugs better so that they remain effective for as long as possible. The key to doing this is to reduce the global burden of antibiotic resistance by decreasing the quantity of drugs we use.

The first strategy of response to antibiotic resistance is not as easy as it sounds. While there are many potential new therapies that could be effective, there are few incentives for industry to invest in their development.

Maybe we could deliver our drugs in ways that would make it harder for resistance to evolve and spread.

If an antibiotic works well, it is used for a short time—a few days to a couple of weeks at the most. The commercial return on a drug designed to treat longer lasting non-communicable illnesses, like cancer, for instance, can be much higher because the drugs are used for longer.

The logic of the second strategy is straightforward. The widespread use of antibiotics in medicine and agriculture means that a drug-resistant variant of a bacterium will enjoy a strong selective advantage and can quickly spread. So by reducing the use of drugs, we reduce the selection pressure on resistance and slow the rate at which resistance evolves and spreads. Simple.

Except it’s not. How, precisely, should we reduce the volume of drugs we use?

We can’t just introduce a blanket ban on prescriptions and stop using drugs altogether. If my loved one is sick and there is a drug that can make them better, I want that drug.

But maybe we could deliver our drugs in ways that would make it harder for resistance to evolve and spread? And so prolong the amount of time a drug remains effective?

One suggestion that my research group has been exploring is to make use of drug sanctuaries, or drug-free environments—to effectively reduce the strength of selection for resistance.

Drug sanctuaries could be used in hospitals. For example, different wards could restrict the use of certain drugs (generating a form of spatial sanctuary) or could alternate the use of a drug on the same ward over time (a form of temporal sanctuary).

Evolutionary models can help guide us here. Variation in time is like paying taxes: You can’t avoid it. A variant that evolves in a temporally varying environment is the one that does best across all conditions experienced.

Variation in space, on the other hand, provides more options because the different locations can act as refuges for the specialized variants of bacteria. Because those locations are always available, then specialists can coexist indefinitely. At least in theory.

This seems to be what happened when we did an experiment to test the theory.

Resistance to the commonly used antibiotic ciprofloxacin took longer to spread in laboratory populations of the opportunistic pathogen Pseudomonas aeruginosa—a bacterium that causes acute infections in hospitals, especially intensive-care units, and chronic infections in the lungs of cystic fibrosis patients—when drug sanctuaries were experienced in space rather than time.

Eventually we will need new arrows in our quiver.

Resistant and sensitive genetic variants actually coexisted in spatial sanctuaries because of a trade-off between resistance and growth rate.

Resistant variants could withstand the drug, but grew far more slowly than sensitive ones in the sanctuary. The result was that neither could be eliminated by natural selection.

What surprised us, though, was that over time, this trade-off broke down.

The resistant strains actually gained mutations that improved their ability to grow in the absence of the drug. By the end of the experiment, most populations in the spatial sanctuary were dominated by antibiotic-resistant strains.

Evidently drug sanctuaries in space could allow us to keep using drugs for longer, but not indefinitely. Eventually we will need new arrows in our quiver.

A challenge for evolutionary biology

Our experiments are highly contrived and restricted to one strain of one pathogen evolving in response to one drug in the defined and controlled conditions of a laboratory.

Whether our conclusions hold for other bugs and other drugs, or more complicated networks of transmission characteristic of hospitals and the communities they are embedded in, remains to be seen.

What our work allows us to do is get directly at the ecological and genetic mechanisms responsible for the emergence, coexistence and eventual demise of diversity.

Using these evolutionary principles in more complex, real-world situations to manage our arsenal of drugs for as long as possible will be a major challenge for evolutionary biology in the years to come.

Rees Kassen is a professor of evolutionary biology at the University of Ottawa.

The article first appeared on The Conversation. Read it here.