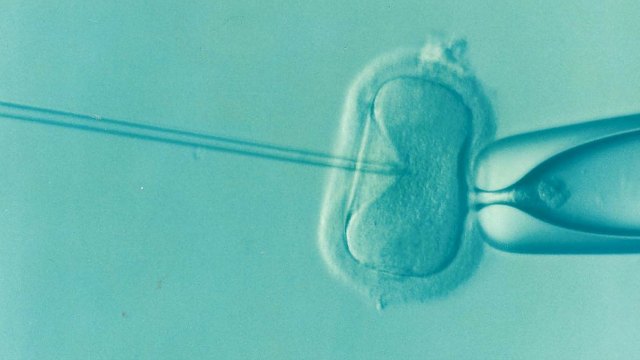 For several years, scientists have experimented on human embryos with a powerful genome editing tool called CRISPR to see if they could correct genetic errors or reduce the risk of disease. In September, Kathy Niakan at the Francis Crick Institute in London and her colleagues reported they had used this tool on human embryos for a very different purpose—to better understand human development.

The use of CRISPR (pronounced “crisper”) to modify human embryos has prompted a healthy debate on the ethics of human genetic technologies. This tool is controversial, in part, because changes that are made to the embryo could be passed down to future generations. Niakan’s recent research is novel, and less ethically fraught than some other genome-editing research.

Research labs around the world are using CRISPR to selectively insert, delete, or replace DNA with far greater precision and at a lower cost than other...

Scientists have modified the genes responsible for β-thalassemia (an inherited blood disorder), favism (a reaction to eating fava beans), and a type of heart disease. Another experiment used CRISPR to introduce a mutation into a protein called CCR5 in an effort to prevent HIV infection.

From an ethics standpoint, Mitalipov’s research is more controversial than Niakan’s. The goal of his experiments was to make changes to the human embryo that could be passed on to future generations. Niakan’s research, on the other hand, aimed to develop our understanding of human embryology.

The project led by Niakan had a starkly different aim. It used CRISPR to peek at the earliest stages of human embryonic development by targeting a gene called OCT4, which is active in the cells that go on to form the embryo.

Niakan’s immediate objective was to better understand the early aspects of human development. But her research eventually may help reveal why some pregnancies end in miscarriages and may improve the success of in vitro fertilization.

Much of the global discussion over the ethics of modifying human embryos has focused on whether the technique might be unsafe or used for non-medical purposes. Niakan’s recent project brings other aspects of this debate to light. How do scientists acquire the embryos they use in their research, and how are their projects approved?

Who’s taking the risk—and why?

Earlier this year, Shoukhrat Mitalipov, a reproductive biologist at Oregon Health and Science University (OHSU), and his colleagues used CRISPR in human embryos to repair a mutation that causes heart disease. From an ethics standpoint, Mitalipov’s research is more controversial than Niakan’s. The goal of his experiments was to make changes to the human embryo that could be passed on to future generations. Niakan’s research, on the other hand, aimed to develop our understanding of human embryology.

To do the experiments, Mitalipov’s team had to create human embryos from donated eggs and sperm. In contrast, Niakan’s project used embryos that were left over from fertility treatments. This is an important difference.

For Mitalipov’s study, the women who donated their eggs for research were exposed to the risks associated with hormonal stimulation and egg retrieval. These risks include abdominal pain, vomiting, rapid weight gain, shortness of breath, and damage to the organs that are close to the ovaries. A particularly serious risk is ovarian hyperstimulation syndrome that can require hospitalization.

With Niakan’s study, women assumed these risks in connection with their IVF treatment, not their participation in research. These women weighed the potential harms of hormonal stimulation and egg retrieval against the potential benefits of having a child using assisted human reproduction. Embryos remaining after fertility treatment were donated to research.

It’s also worth examining how these studies were approved. Several committees, panels, and review boards from OHSU provided input and guidance prior to granting Mitalipov permission to do his experiments. OHSU is Mitalipov’s home institution. This raises the spectre of institutional conflict of interest because OHSU stands to benefit from Mitalipov’s research if his work attracts more research funding or enhances the university’s reputation.

In the United Kingdom, the governance and oversight of human embryo research lies in the hands of authorities that are legally regulated and are at arms length to the institutions conducting the research. Ethics review of human embryo research occurs at both the national and regional level. The Human Fertilisation and Embryology Authority and the regional research ethics committee reviewed Niakan’s proposal before she could begin her experiments.

As genome editing of human embryos becomes more widespread, it is important to understand the differences between one project and the next so that we can meaningfully discuss the range of ethical, social, political, and regulatory issues associated with the research.

Editor’s note: This article was originally published on The Conversation. Read the original article.