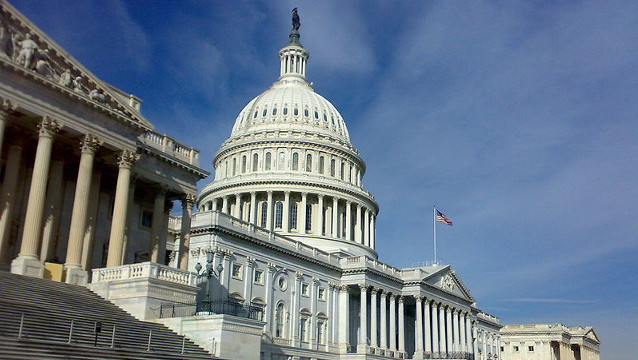 WIKIMEDIA, BJOERTVEDTThree times Congress has taken up legislation to fund the continuing response to the Zika outbreak.

Three times the bill, which would allocate $1.1 billion to fight the disease, has fallen short of attracting bipartisan support. (See “Zika Update,” The Scientist, September 7, 2016.)

With the Centers for Disease Control and Prevention (CDC) close to exhausting available funds for Zika preparedness and response, Congress’s failure is fueling concerns about how Zika will impact the health of U.S. citizens.

In my work for the Jaharis Health Law Institute at DePaul University College of Law, I have been monitoring and evaluating the US response to the Zika outbreak. I see problems with both Congress’s long-term and short-term response.

A failure to fund

In addition to providing additional funding to fight the outbreak, the proposed Zika bill also covered funding for the Pentagon and veterans’ programs. Senate...

As money evaporates, three-quarters of Americans support measures to increase funding to deal with the current outbreaks in Florida and Puerto Rico.

While Congress delays action on Zika, the number of infected people keeps climbing. As of mid-September, there were over 3,000 reported cases in the 50 states and close to 18,000 when you count in US territories like Puerto Rico and the Virgin Islands. The estimated range of the mosquitoes carrying Zika within the U.S. covers nearly half of the country. While the number of overall cases is unlikely to go as high as in other countries like Brazil or Guatemala, recent studies suggest that the virus will continue to propagate even through winter.

As the fiscal year nears its end on September 30, the next Zika showdown will now be linked to the debate about the 2017 federal budget.

This means that the overarching US response to Zika may not be based on the best approach to stop the spread of the disease, but on compromise on other issues like reallocation of leftover Ebola money, politics around Planned Parenthood and, now, size of the federal funding package.

Encouraging the development of Zika drugs

Congress has been quicker to act when it comes to funding Zika drug research, but the effectiveness of that action is anything but clear.

Earlier this year, Congress hastily passed a bill adding Zika to the Food and Drug Administration (FDA) priority review voucher program. The bill was introduced by Senator Al Franken (D-MN) in February, cleared the Senate in March and passed a month later in the House.

The main goal of the voucher program is to spur development of new drugs for neglected diseases. Pharmaceutical companies seeking approval of a Zika vaccine or therapy may now receive a transferable voucher that shortens FDA review period of a second, unrelated drug by about four months. Having a second drug enter the market faster could generate financial gains more quickly and is designed to create an incentive for pharmaceutical companies to allocate more resources to otherwise underfunded diseases like Zika.

Priority review vouchers initially covered neglected tropical diseases, like Chagas or sleeping sickness. Later, they were expanded to include rare pediatric diseases. The program was an attempt to encourage costly research and development in areas with markets that are too small for companies to recover the costs associated with generating innovative drugs and therapies.

The voucher is a prize companies are free to use as they wish. Many use the voucher to bolster in-house drugs. Alternatively, they can sell the voucher to other companies, who may then apply for priority review of any drug. Abbvie set a record last year by paying $350 million for one of these vouchers.

At first blush, the mechanism is clever: the pharmaceutical industry self-funds R&D while stimulating innovation in traditionally neglected areas. The problem is that money generated under Zika priority review is unlikely to ever be spent on Zika R&D—or on any other type of neglected disease.

As rational economic agents, what are pharmaceutical companies likely to do after obtaining a voucher? Scholars predict they will invest it in one of their blockbuster drugs, destined for the larger and more reliable markets of money-making diseases like cholesterol, acid reflux, or asthma. Studies also show that pharmaceutical companies have used the voucher program to bring drugs developed outside the U.S. to the FDA for regulatory approval. They then pocket the profits derived from the voucher.

Not only is the priority review program misaligned with the goals of promoting R&D for neglected diseases, but the vouchers also consume FDA’s internal resources and force the agency to reshuffle its priorities. A month before Congress made Zika eligible for priority review, the FDA suggested ending the program.

The task of increasing R&D and funding for neglected diseases was already a complicated one. Governmental agencies like the FDA don’t necessarily want to play a role in promoting these goals, as programs like the priority review vouchers take resources away from their general mandate.

One thing the Zika crisis has made clear is that solving emerging disease outbreaks increasingly involves navigating treacherous political waters. Congress’s lack of understanding of the real scope of the voucher program compromises efforts to find new ways of encouraging R&D in neglected diseases like Zika. Its inaction when it comes to extending funding for a major outbreak may endanger the health of thousands of Americans.

Ana Santos Rutschman is a Jaharis Faculty Fellow in Health Law and Intellectual Property at DePaul University. She has consulted for the World Health Organization on the Ebola and Zika outbreaks.